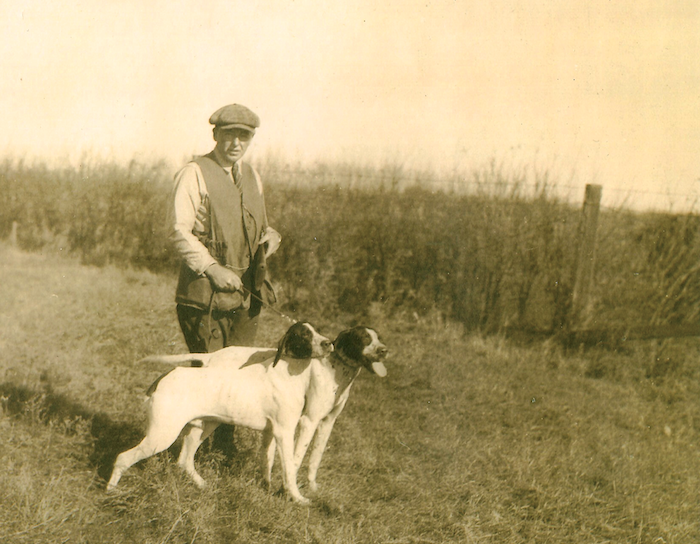 His name was Bill, though more formally, he was William Harnden Foster, and for many sporting breed owners of the day, meeting him was akin to meeting a rock star. A formally trained artist, Foster had a standing commission to paint the winners of the National Bird Dog Championship and painted virtually all the top pointers and English setters of the 1920s and ’30s in the New England area. More than that, he was what most regarded as the voice of New England Bird Dogs and Field Trials, someone who did more to promote the ideal of the “classic bird dog,” than most.
These days, he might get a vigorous debate on his hands for his view that in New England, anyway, there should be no distinction between a field trial dog and a shooting dog – or, as he was known to say, “the former is merely the latter on public display.” Sporting breed enthusiasts will want to read this article.
Image of William Harnden Foster with a brace of pointers, circa 1920s, from the article linked above.