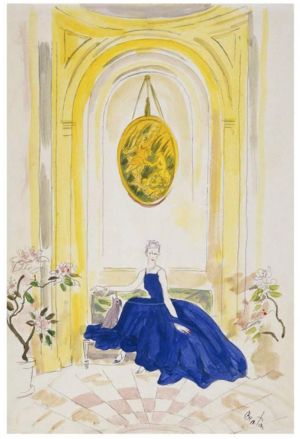 Were she alive today, Elsie de Wolfe might be called an “influencer,” but in her heyday in the mid 1930s, she was a “major international hostess.”  Actually, both terms minimize her impact on interior design which was to move away from the Victorian era of flocked, patterned wallpaper, heavy tapestries, large houseplants, and dense, ornate furniture, and to uncluttered rooms filled with light, light hues of paint and fabric, and an airiness amplified by mirrors. In fact, history records Elsie as America’s first woman professional interior decorator.

Her youth was a time of set traditions. She was presented at Queen Victoria’s court in 1883 and introduced to London society, but with her father’s death in 1890, a change in fortune put the family into straitened circumstances, and Elsie had to earn her way. She went on stage, and in 1901 formed her own theatre company. After four years, she retired from the stage and turned to interior decorating, a field that was almost exclusively dominated by men. Elsie, however, had been a set designer,  and had an understanding of lighting, details, and space.  Her connections in society helped her grow her clientele, and with a little nudge from the famous architect, Stanford White, Elsie was hired for some high profile assignments. Affluent clients brought her wealth, but Elsie was not all fluff. For her hospital relief work with gas-burn victims during WWI, Elie was given the Croix de Guerre and the Legion of Honour.

After the war, she married a British diplomat, Sir Charles Mendl, and Elsie was now Lady Mendl. This was how she was identified by Vogue Magazine when she was depicted by Cecil Beaton for the 1935 issue. We might never know Elsie’s feelings about how she appeared in Vogue when Beaton could have used a photograph more like the one below: 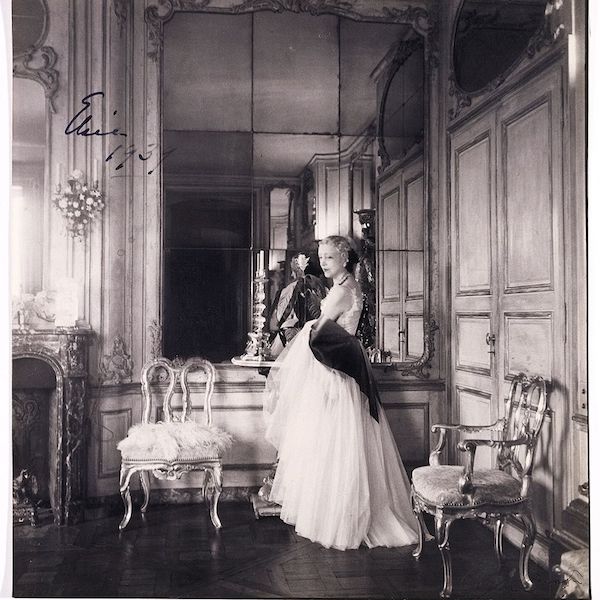 At least the image that did appear in Vogue had Elsie’s Miniature Schnauzer with her. After a lifetime of owning Pekingeses, Elsie got her Schnauzer in 1927 and the pair appeared in Vogue magazine frequently. Elsie next got a grey Miniature Poodle named, “Blu Blu,” and from that point on, she stayed with Poodles.

Her home in Versailles included a small cemetery for her dogs, each tombstone with the words, “The one I loved best.” For all her fame and fortune, Elsie had to have been an okay lady.