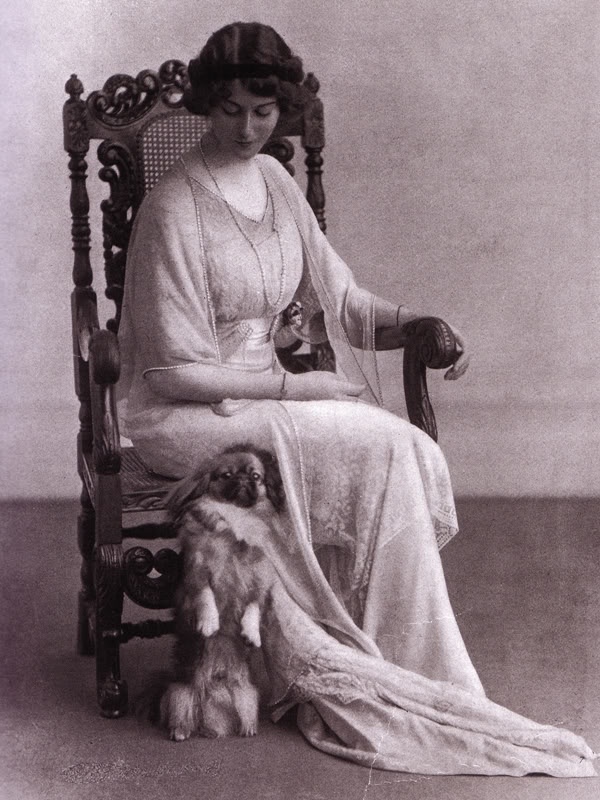 This “eye-catching” (if not startling) post title is attributed to the same lady who gave us such gems as, “This is not a novel to be tossed aside lightly. It should be thrown with great force,” “I’d rather have a bottle in front of me than a frontal lobotomy,” and, “Their pooled emotions wouldn’t fill a teaspoon.” Her name was Dorothy Parker,  and her biting wit made her a legend. A member of the famous Algonquin Round Table group of writers, she wrote criticism for Vogue, Vanity Fair, and later, the New Yorker. In the 1930s, she moved to Hollywood where she worked on movies, and one of them, A Star Is Born, earned her an Academy Award.

The Pekingese did not escape her comments. The same year that the Duchess of Sutherland appeared in Vogue Magazine with her Peke (the picture you see here which we found on Pinterest), Parker wrote, “No woman who owns that lily of the field, a Pekinese (sic)  can be accused of selfishness; she simply hasn’t the time to think of herself. His Serene Highness demands unceasing attention.”

2 thoughts on ““You Can Lead a Horticulture, But You Can’t Make Her Think””