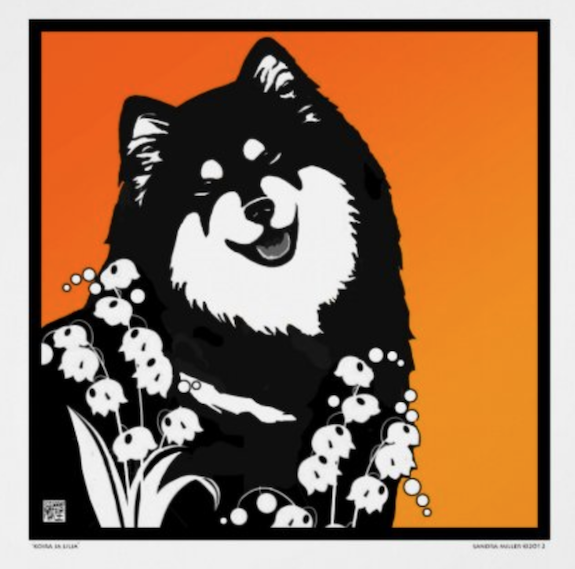 It wouldn’t be the first time that one breed got supplanted or absorbed by a close relative, that’s why today, we don’t have a Cockhill’s Finnish Lapphund.

The roots of this breed were found in Lappland dogs brought to the south of Finland in the 1930s. Whether by design or accidentally-on-purpose, the dogs bred (or were bred) with Karelian Bear Dogs, and for a time, the breed flourished through the Kukonharjun Kennel which specialized in breeding them. This is how the breed got one of its name, Kukonharjunkoira (literally “Cockhill’s Dog”), later referred to by some authors as “Cockhill’s Finnish Lapphund.”

Image: Finnish Lapphund by Sandra Miller Studio is available as a print here