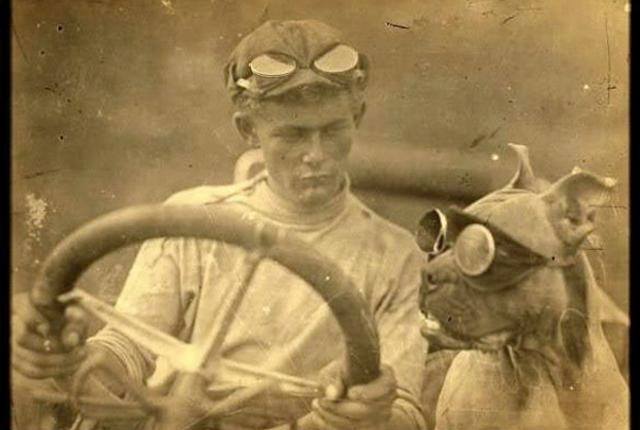 In 1903, Dr. Horatio Nelson Jackson, the son of a minister and later, a founder of the American Legion, determined that he would become the first man to drive across the United States in a newfangled contraption known as the automobile. His official co-driver was Sewall K. Crocker, but it was “Bud,” his goggle-wearing Pit Bull Terrier (also described as a bulldog) who attracted as much attention as the deed itself. Bud became the first dog to drive across America. 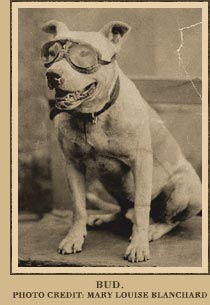 Riding in front, Bud learned to watch the road ahead as intently as the drivers did and soon became an enthusiast for motoring. His owner later said that Bud was the one member of the trio who used no profanity on the entire trip. “Bud soon became an enthusiast for motoring,” Jackson bragged, especially a pair of goggles had been put on him to protect his eyes from stinging, alkali dust out of his eyes. Bud rode up front and watched the road as intently as the drivers. One can picture him bracing himself for every turn and bump and turn.

Bud is said to have enjoyed a full dog’s life after the cross-country trip, and lived out his life content to guard the Jackson home in Vermont