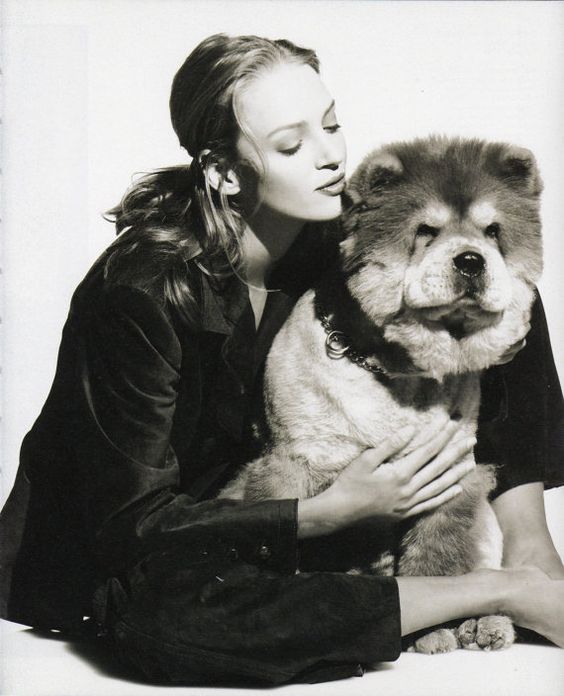 Scroll down and use three minutes and seventeen seconds of your life to watch one of the best scenes of any black comedy crime film, and certainly the best one in the movie, Pulp Fiction:

Kill Bill is not everyone’s cup of tea. A quintessential Quentin Tarantino film, the movie about a couple of mob hitmen, a boxer, a gangster and his wife is too violent for many, but most critics regard it today as a master class in screenwriting.

Our focus, however, is on the actress who played the female lead, Uma Thurman. Pulp Fiction (for which she was nominated for an Academy Award) was the first time many people had ever heard of her. Seven years later, Thurman scored big in another Quentin Tarantino film, Kill Bill.

Long before her career on the big screen, however, Thurman had a career as a fashion model. At the age 15,  she signed on with the agency, Click Models, and already had modeling credits that included Glamour and two different covers for British Vogue. The apple didn’t fall far from the tree, as they say. Thurman’s mother, former model Nena von Schlebrugge, was regularly photographed by Norman Parkinson in the 1950s, and she, too, appeared in Vogue Magazine with three dogs.

The photo you see at the top was one of the covers Thurman did for Vogue, and she appeared on it with her own Chow Chow, “Muffy.”  Muffy was nine years old at the time, and she was described as drinking Evian water and living with her mistress in New York.

Of late, she’s been seen walking a couple of dogs, one of whom is an Italian Greyhound named, “Uffizi,” the other a Pug.