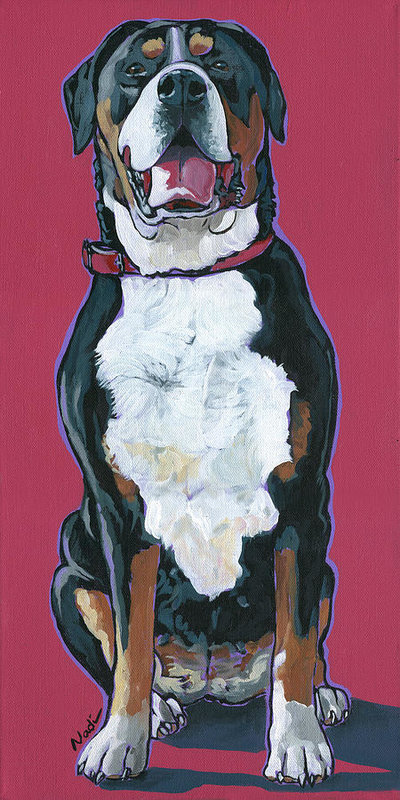 We note with alarm that far too many breeds are sinking in numbers, but we take some solace in that it needn’t be a death knoll for a breed if people act in time to save a breed. The Greater Swiss Mountain Dog is an example.

A traditional helpmate and companion to the Swiss farmer, the Swissy’s services were marginalized by industrialization and mechanization at the turn of the century. It became increasingly difficult to spot the dog once seen in every day life, and in 1908, just one purebred GSMD was exhibited at a dog show in Langenthal. The judge of that entry, Dr. Albert Heim, implored breeders and supporters to save this calm and happy breed.

Things were looking up even more so when J. Frederick Hoffman and Perrin Rademacher, two American fanciers, imported four puppies into the US after seeing the breed at a European dog show in 1967. An enthusiastic group of American fanciers lined up to import more puppies, but that said, the worldwide population of Greater Swiss Mountain Dogs in 1974 stood at less than a thousand, and forty of them were listed in the United States studbook.

A new American breed club, articles in dog magazines, and exposure to the public helped advance the breed’s popularity. In fact, when a dog named, “Cora V. Neuhof,” won the Senior Working Group at the third Associated Rate Breeds of California match in 1972, it was said that the applause was deafening, such was the crowd’s approval for the win.

Out of 192 breeds listed in the AKC rankings of the most popular breeds of 2018, the Swissy came in at number 74, not bad at all for a breed once outnumbered by several more exotic species.

5 thoughts on “Saved from the Brink”