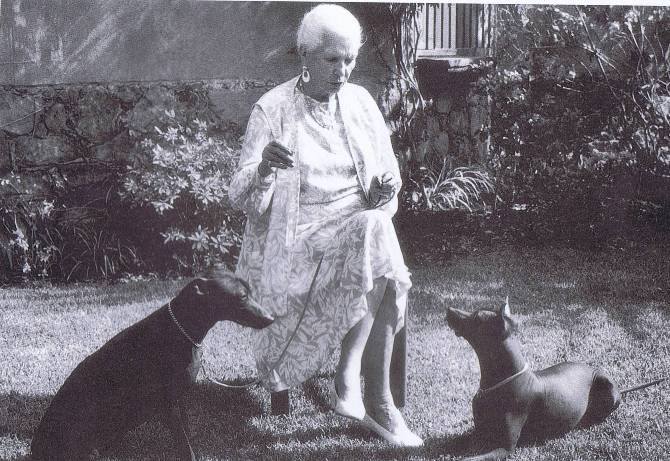 The Archduchess Felix of Austria, better known as the Countess Lascelles de Premio Real, or ”Lascie,” was the driving force behind a 1955 expedition led by Norman Pelham Wright into the Colima jungle to find Xoloitzcuintlis and reintroduce them through an organized breeding program. The expedition found sufficient numbers of good Xolos and it was these dogs that formed the foundation of Mexico’s program to revive the breed.

More about the countess: ”Lascie” passed away in 1998. She had been born in Canada, lived in various parts of Europe, and spent most of her adult life in Mexico where she was the wife of a member of the royal family of Monaco, Jean Premio Real. She was an FCI Judge, former administrator of FCM, and actively showed her Xolos until a few years before she died. (Sources: Xoloitzcuintli Club of America, The DogBlog Xoloitzcuintle Kennel Blog).