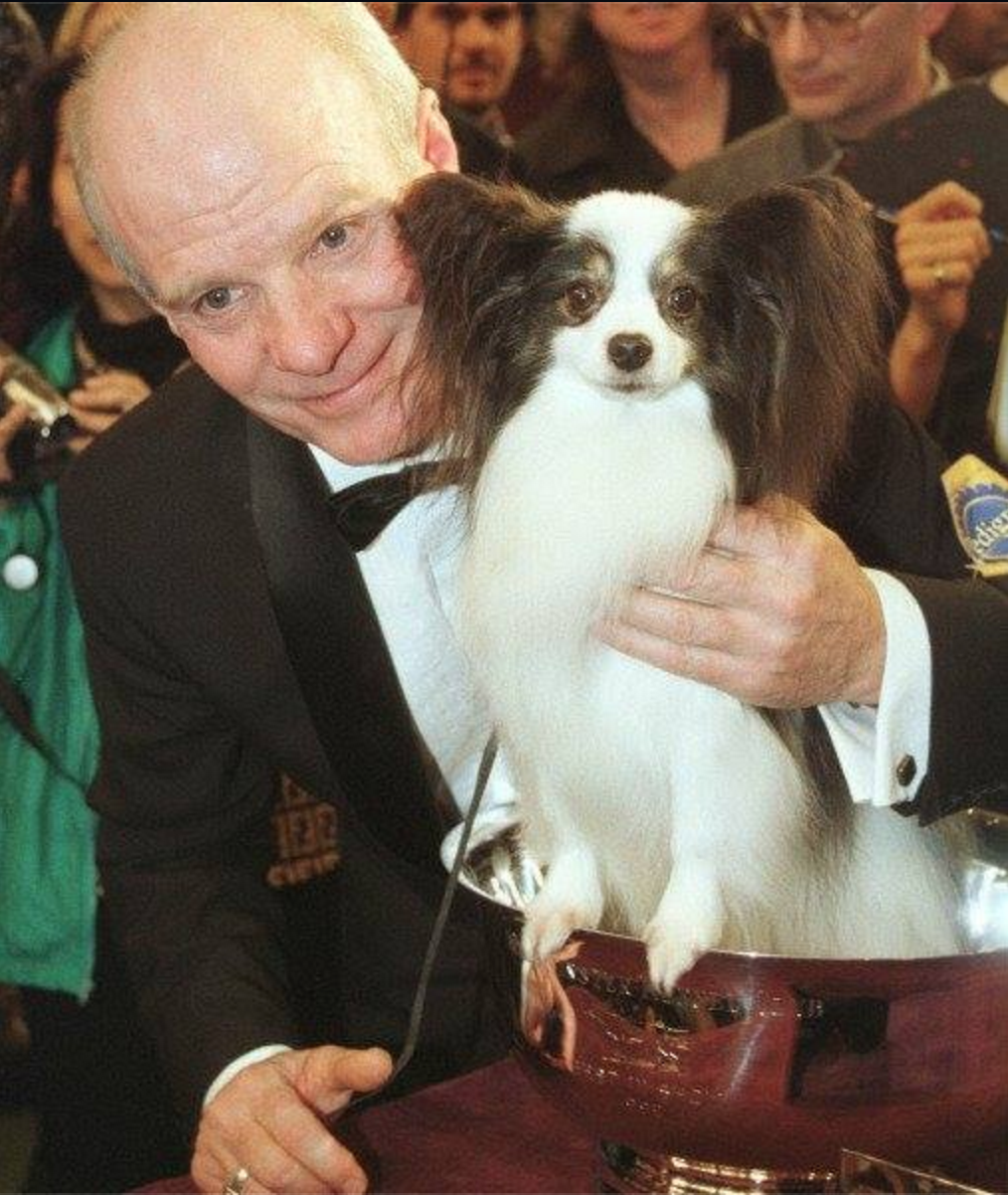 To our knowledge, only one dog has ever won all three major international dog shows in one year, and that dog was a Papillon named Ch. Loteki Supernatural Being, or “Kirby” to his confidants.

This next part comes from Wikipedia, not always the most accurate source, so Papillon friends, please make corrections if needed? “Kirby returned to the show ring in 2005 at the age of fourteen at the Papillon Club of America’s National Speciality Show in Cincinnati, Ohio. He was entered in the Veterans Class – a class for Papillons over the age of eight. On the first day of the competition Kirby, who had previously won the National Papillon Speciality on three occasions, won the ribbon for best Veteran Dog. On day two, Kirby returned to the ring for the first round of cuts for the championship, but with a different handler. Cheslie Pickett, less than two years older than Kirby led him around the ring with his normal handler John Oulton taking charge of Nemo, Kirby’s son. Kirby was chosen by judge Sandra Goose Allen as the winner of the 2005 National Papillon Speciality – making his handler Cheslie Pickett the youngest ever to have won the National Papillon Speciality, and Kirby the oldest dog ever to have won and the only dog to have won it four times.”