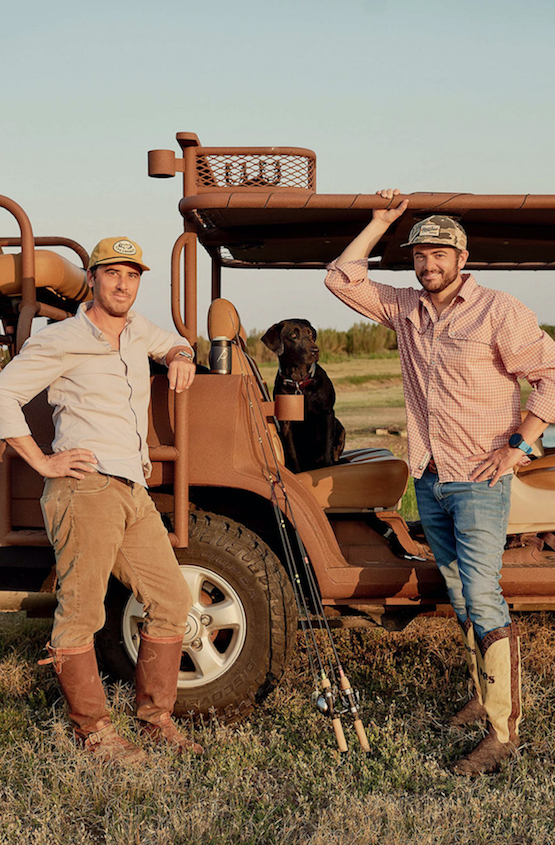 There are coolers, and there are Yetis.

There are thermoses, and then there are Yeti thermoses.

You get the idea.  Yeti products crafted to keep drinks and food cold or warm do it better than any other manufacturer out there. Put another way, not for nothing do these products have an almost cult-like following to the extent that they’ve become a status symbol among hunters, hikers, boaters, and everyone who fancies the outdoors.

The people who pluck down between $300 and $1200 for a cooler think it’s worth it. A Yeti cooler is a thick, plastic, grizzly bear-resistant, bulletproof chest that has been described as looking like a shrunken Brinks security truck. In all seriousness, these coolers keep whatever’s inside cold for days. And days. And days. And no, we’re not on the payroll.

The Yeti cooler was the brainchild of brothers Roy and Ryan Seiders who grew up hunting and fishing across Texas. Frustrated by the inadequacy of available coolers, the fellows set out to make a cooler with a top that wouldn’t cave in, handles that wouldn’t snap off, a body that wouldn’t break,  stand up to the abuse heaped upon it by serious outdoor enthusiasts – and actually keep things cold. In 2006, they founded YETI® and made improved coolers based on one made in Thailand that Ryan had spotted at a local retailer during a break from a trade show.

Without marketing, YETIs started flying off the shelves of the specialty hunting and fishing stores that stocked them in the States. The coolers were selling themselves through word of mouth.

Pretty soon, owning the brand signified a rugged, cool lifestyle and admittedly, some people started wearing YETI brand clothing to tacitly announce that they were the kind of person who did the things that made one of these fancy coolers necessary. That said, more people owned Yetis because they really worked, even if all they took it to was a tailgate party.

It turns out that the sons of a nurse and an outdoor-loving high school teacher were pretty good entrepreneurs. The fellas turned their $300 cooler into a $450 million cult brand.

Because of its success, Yeti can afford to be a co-sponsor for some worthy projects such as the Bird Dogs for Habitat campaign, an online fundraising contest for members and supporters to vote for their favorite breed of bird dog. Yeti has also been involved with a number of sustainability programs, wildlife preservation, and remains a corporate partners of Pheasants Forever & Quail Forever.

We don’t know whether “June,” a black Labrador Retriever, belongs to Roy or Ryan, but she appears in most magazine spreads about the Yeti story, and graces the back cover of the October 2020 issue of Garden & Gun magazine. It’s the issue with a German Shorthaired Pointer on the cover. Yeti now makes dog bowls and beds, as well, and June is shown in one. Bed, not bowl.

Image from the current issue of Garden and Gun