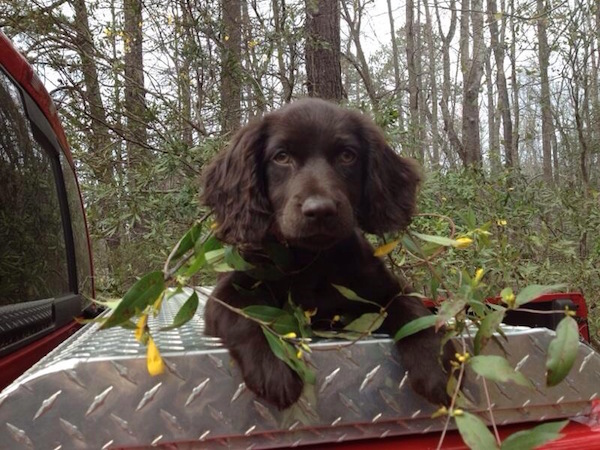 Boykin Spaniel owners really love their breed, something we saw in a big way when when we featured their breed as a Purebred of Interest on our Facebook page.  It’s not like the Boykin folks need another reason to admire their small hunting dogs with the keen nose, still, they have one.

When it comes to finding things in an environment of thick covered ground, equally thick forests of hardwood trees, and boggy, damp bottomlands, Boykins are canine specialists. As it happens, these are much the conditions found in the Southwest Michigan Land Conservancy. Wildlife specialists have been trying to find locate Eastern Box turtles as part of a research project by the Toledo Zoo and Metroparks Toledo. Topography that makes finding these turtles labor-and-time-intensive for a conservation biologist are a “piece of cake” for a Boykin Spaniel, a breed that became popular in South Carolina as a turkey–hunting dog, but excels at finding Box Turtles, too.  One Boykin can find twelve turtles in an hour as compared to a human taking four hours to find one.  The dog gently collects a turtle by mouth, then returns it to scientists who weigh, measure, and inspect the turtle before fitting it with a transmitter so his or her activites can be monitored and studied.

It’s unknown if this species of turtle – Tennessee’s state reptile – is a threatened species because so little data had been collected before the Boykins stepped in.

You can read more about this here, and you can follow the Michigan Herp Atlas Project’s progress on their Facebook page.