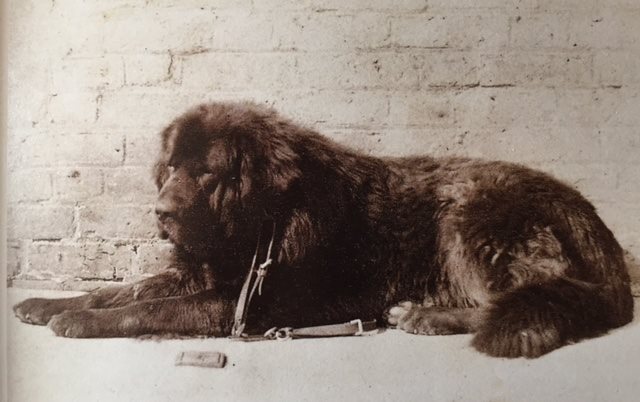 The Tibetan Mastiff was quite popular with the British royal family; King George IV was given a pair as a gift in the 19th century, and in 1847, Lord Hardinge, the Viceroy of India, sent a Mastiff named, ‘Bhout,’ to Queen Victoria. Alternately spelled, “Bout,” this Tibetan Mastiff was always described as a “Cashmere Dog,” and he lived in the kennels at Windsor Castle until his death in 1856, two years after the photo seen here was taken.

Victoria’s son, the Prince of Wales, imported two more Tibetan Mastiffs, one of whom (called ‘Siring’) was exhibited to the public at Alexandra Palace in the December of 1875.