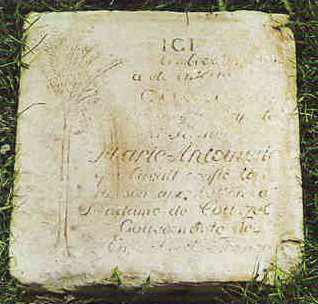 In 1418, the “Great Hunter of Inglostadt” from Bavaria gave a complete list of the abbeys, convents, and private domiciles that were obligated to host the hunting party of the local Duke of the time. It was good to be royal. While it may have been a point of honor to have been visited by nobility, these residences had to meet all the expenses of the Duke’s hunting party, including food and entertainment. This was no small thing. A typical Duke’s hunt would consist of three huntsmen of the nobility, ten groomsmen (or servants), five horses and (wait for it) forty-five dogs.

Hunts were a big deal. Louis IX planned his wars for the fall and summer so that he would be free to hunt in the winter and spring.

By the time of the French Revolution, 76 different types of hounds were described in France alone, each belonging to a particular area or estate. That said, it wasn’t a good time to be a dog. Many breeds were nearly lost to us as they were killed on sight for their association with the aristocracy. One dog was guillotined for having been taught to howl at the mention of the Republic. In response, many royal hounds were dispersed and hidden on estates. Some dogs were given cosmetic surgery to disguise their pedigree.

We defer to breed experts, but one source we found claimed that Marie-Antoinette had a Papillon named Coco. Another biographer writes that a “Madame de Tourzel” was holding little Coco in her arms when Marie-Antoinette was taken to the guillotine. Coco survived the French Revolution and spent the entire Napoleonic era at the Hapsburg court in Austria. It’s said that when Napoleon was defeated, Coco was still alive at the grand age of 22. He returned to Paris following the restoration of the Bourbon monarchy and died shortly afterwards.

Image: It’s believed that Coco now lies in the gardens of the Hôtel de Seignelay located at 80 rue de Lille in the 7th arrondissement, a stone’s throw from the spot where Marie-Antoinette was beheaded. The image is of Coco’s grave marker