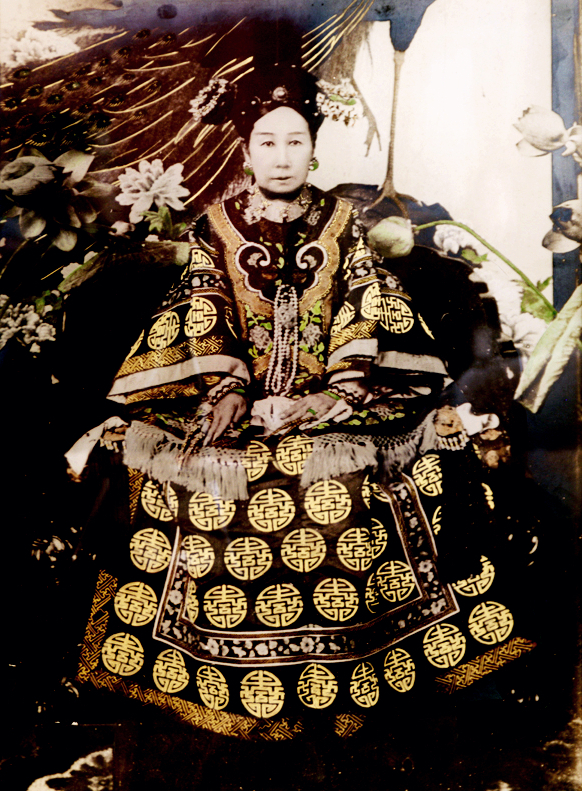 There was a time when owning a Shih Tzu could make you dead.

This was in old China, of course, when only royalty could possess a Shih Tzu. Buddha was said to have ridden to earth on the back of a lion, and the Shih Tzu’s lion-like facial features made the dogs highly revered by the Imperial Court. This wasn’t a dog for just anyone.

Shih-tzu Kou (or “Lion Dog,” in traditional Chinese) was the name given to these dogs, but they were also called “Imperials,” and it’s possible that no one in China was more associated with the breed than Dowager Empress Tzu Hsi (“empress of the western palace”).

We digress for a moment to talk about the Dowager Empress Tzu Hsi, a story in and of herself.

Her name was spelled “Cixi” at the time, and at sixteen, she was brought to the Forbidden City to become part of Emperor Xianfeng’s harem, a cushy role for a Chinese girl of her time. She quickly rose to the top of the concubine pecking order and became a bed chamber regular (winkie winkie). Cixi bore a son who would be Xianfeng’s only male heir, and when Xianfeng died, this son became emperor at the age of five; his mother became the “empress dowager” and a regent ruler.

Cixi gave up the regency when her son turned 17, but he died when he was nineteen. Cixi’s three-year-old nephew, “Tongzhi” then took the throne making her a regent again, and when HE died as a young adult, he left behind his first-ranking concubine, “Alute,” pregnant with their child. Alute and the unborn baby died during the subsequent debate over succession. The death was announced as a suicide, but there were a good number of raised eyebrows and even more suspicions.

But back to the dogs. When Cixi came to power in the 1860s, the Dalai Lama is said to have gifted her with a breeding pair of Shih Tzus, the foundation of her line. During her rule, Cixi payed strict attention to directing the eunuchs who bred the sacred royal dogs considered the exclusive property of the royal court (though there were rumors that her favorite eunuch wasn’t really a eunuch, winkie winkie). Cixi was keenly interested in the Imperials she bred to be companions, bed warmers, and small enough to be carried in a kimono sleeve, but when an Imperial became too large, it was killed for it was highly undesirable. Puppies that didn’t meet the Dowager Empress’s high standards were said to be secretly sold by the eunuchs to nobility outside the palace, but this was dicey since the dogs were rarely seen outside the palaces, and anyone caught owning one could be sentenced to death.

After Cixi died in 1911, the dogs weren’t important anymore. The new Emperor and Empress weren’t interested, breeding came to a near stand still, and some of the Shih Tzu were given as gifts to English and Dutch nobility, and in the late 1930s, arrived in America.

The story doesn’t end there, or course, as Shih Tzus have a history in America, but a debate exists regarding these dogs. There are those who believe that the dogs that went to the Netherlands, and then to the west, were the true “Chinese Imperial Dogs” which should never have been “lumped” in with the larger Shih Tzu. Chinese Imperial Dog enthusiasts maintain that there is a unique gene making the Chinese Imperial an ancient and unique dog breed quite different from the Shih Tzu.

Others (such as the AKC and the American Shih Tzu Club) believe that Chinese Imperial Dogs are just a smaller version of the Shih Tzu, a dog developed in the last 50 years as a way to dwarf down the size of Shih Tzu. A Chinese Imperial Dog club exists, but neither the UK or AKC recognize it. For our part, we need to investigate a lot more before having an opinion one way or the other about this, but we thought you’d find it interesting.