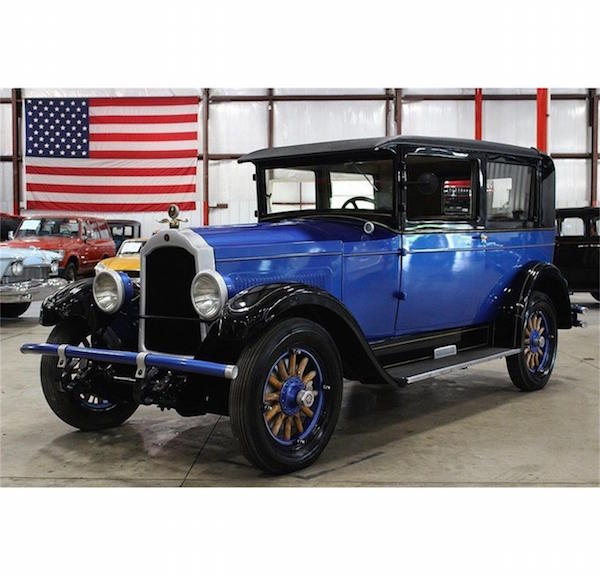 Willys-Overland Motors was an American car company better known for its design and production of military Jeeps during the 20th century, so even a “motor head” might be forgiven for not knowing that in 1926, the company introduced a line of small cars it first manufactured in Toledo, Ohio. It named the cars the “Willys-Overland Whippet,” the iconic name and statuesque radiator cap inspired by the Whippet, a dog that was considered “solid yet speedy come race day.”

In its first year, the Whippet was an instant success and sold 110,000 cars, second only to Ford Motor Company. And why not? It had a 45-horsepower Knight sleeve-valve six-cylinder engine with three-speed transmission, as well as a number of luxuries that included an adjustable lumbar bench seat, exterior mount sun visor, adjustable front window, turn signals, courtesy dome light and rear mounted spare. Not bad for a car that cost $500 in 1927.

This was a lot of car for the money, and was described as a blast to drive. One “Whippet” recorded an average speed of 56.52 mph in a 24-hour endurance test at Indianapolis Motor Speedway, and this probably helped the model become the third best-selling car in America a year after its introduction. A year after that, production of the Whippet hit an all-time high of 320,000 cars even though that was the year that Ford Motors introduced its Model A.

After founder, John Willy, sold his interest to become an ambassador to Poland, the company began sinking, and then the economic depression hit. The humber of Willys automotive brands faded, and Whippet production ended in 1931, its models replaced by the Willys Six and Eight. Production of the Willys-Knight ended altogether in 1933.

One can still find a Whippet for sale. We found the one seen here listed at Classic Cars.com for $15,900, and that’s a 3000% increase in value (just in case anyone has an elderly relative whose got one sitting in the garage).