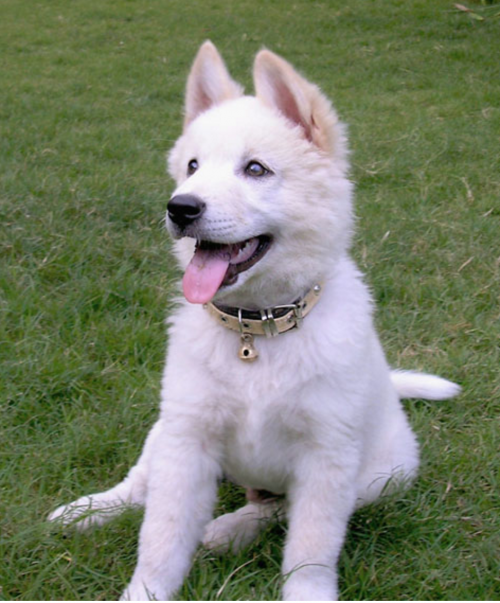 Meet the Kintamani, a breed native to Bali Island’s Kintamani region. This spitz-type dog is popular in Indonesia, but hardly known outside the country. Legend says that the breed descended from a Chow Chow some 600 years ago, while DNA 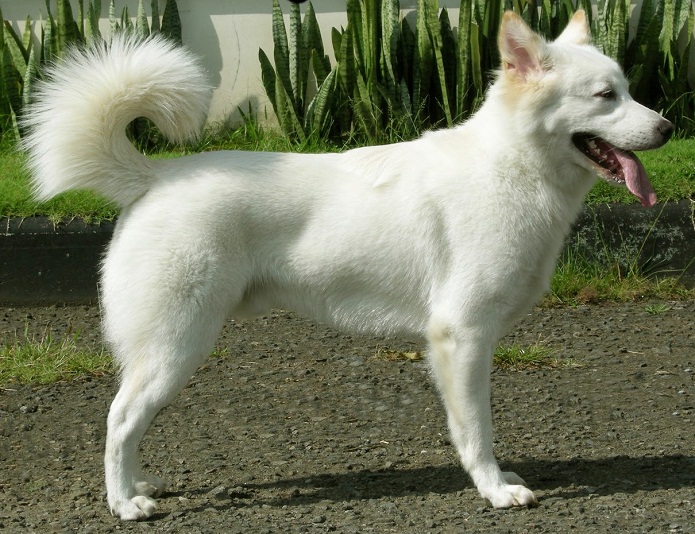 studies show that the Kintamani evolved from Balinese feral dogs long ago with little loss of genetic diversity (in fact, the Kintamani dog is identical to the Bali street dog in all but three loci – the specific location or position of a gene’s DNA sequence). Cynologists believe that the breed’s origins can be found in both legend and science: Sometime between the 12th and the 16th century, a Chinese trader named, “Lee” settled in Northern Bali with his Chow Chow which then got friendly with local Balinese dogs of loose moral fiber. It’s known that a Mr. Lee later in settled in the Kintamani region and raised his family there, evidence to be found in a Chinese temple.

Kiintamanis are described as affectionate and loyal with their family, but territorial with other dogs. White is the preferred color, but other solid colors and patterns are also found. They’re light-footed, proficient climbers, and have a great love of water that make them excellent swimmers.

The Kintamani Dog isn’t Bali’s only dog breed since the Bali Dog also resides on the island, but in 2006, the breed got recognition in Bali under the category of “distinct dog breed.”  It’s estimated that presently, there are about 12,000 Kintamani dogs around the Bangli Regency.  Efforts are being made to help the breed gain recognition by the “Federation Cynologique Internationale”.

Thumbnail image released into the public domain by its author, Imk0278 at the Wikipedia project. Large image was found on Pinterest and will be happily credited upon receipt of information.