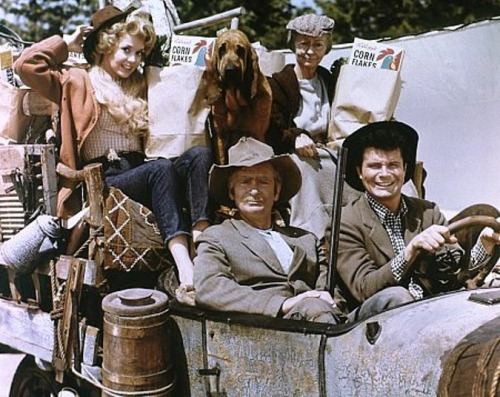 If you’re of a certain age, or a fan of TV from the 1960s, you’ll know The Beverly Hillbillies. The show was created by writer, Paul 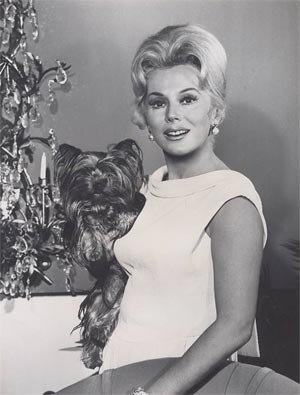 Henning, who inspired two other “country folk” themed television series: Petticoat Junction and Green Acres, both of which included dogs. In Green Acres, the character, “Lisa,” played by Eva Gabor owned “Mignon,” a Yorkshire Terrier, while a loveable mutt named “Higgins” appeared in Petticoat Junction, one of two roles he played during his 14-year career in show business (he was also “Benji” in the popular movies by the same name).

Of all of Henning’s dogs, however, none was probably more iconic than “Duke,” the good ol’ hunting dawg we saw hunting with Jed Clampett in the opening credits of The Beverly Hillbillies. “Duke” was played by a Bloodhound named “Stretch,” owned and trained by Frank Inn.

“Stretch” may have seemed lazy on camera, but as TV dog actors go, he moved around a lot. He appeared as “Old Blue” in the Andy Griffith movie, “No Time for Sergeants,” then went on to appear on The Tennessee Ernie Ford Show for five years. After that, he became “Jed Clampett’s dog, “Duke.”

When “Stretch” passed away at the fine old age of sixteen, his TV stand-in and real life son, “Duke,” took over the part (you can see the differences between the dogs in the opening credits: In part of the series, the dog is lying down in the truck, but in others, he’s sitting up). You can see more of Duke in the episode named, “Elly’s Animals,”  but for a quick glimpse of Stretch and a trip down memory lane,  watch the opening credits below: