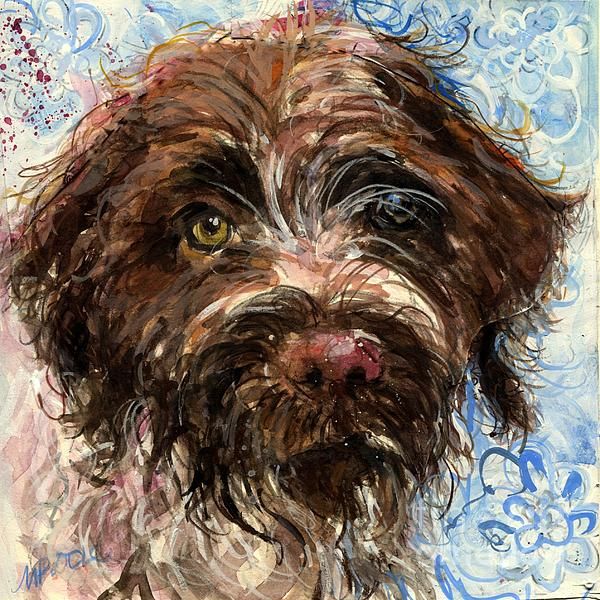 The Soviets had little use for companion dogs, let alone toy breeds, valuing instead dogs that could work, earn their keep, or at a minimum, withstand Russia’s climate. Dogs were simply not imported into Russia during the Soviet era, and any breeds created outside the Red Star kennel were developed from breeds already in Russia. One such dog was the Russian Tsvetnaya Bolonka, or simply, the Bolonka.

There was a time when the Bolonka was thought to be form of the Italian Bolognese, probably because at a Russian dog show in 1997, Mario Perricone, an Italian expert from the FCI, proclaimed the white Bolonkas he saw as typical of Italian Bolognese of the highest quality. In fact, Bolonki (the plural form of Bolonka) were created from localized breedings of Shi-Tzus, Pekingeses, Toy Poodles, Lhasa Apsos, French Bologonese, and some local, fluffy mutts. When Khrushchev came to power in the 1960, restrictions on breeding toy breeds lifted a bit and the demand for the little dogs grew. Only after the fall of the Iron Curtain did the rest of the world learn of these sociable little dogs.

First impressions were perhaps a bit rough:  With a scarcity of water, and without access to quality shampoos and conditioners, early breeders and owners struggled coat developement; lye based homemade laundry soaps only made things worse. Early dogs were primarily black to better cope with grooming challenges, though the breed now seen in a plethora of colors including creme, beige, brown, orange, black/tan, gray/white, and  black/gray and shades in-between. With better conditions and products, the Bolonka now has a long, shiny and wavy coat with big curls and a rich undercoat.