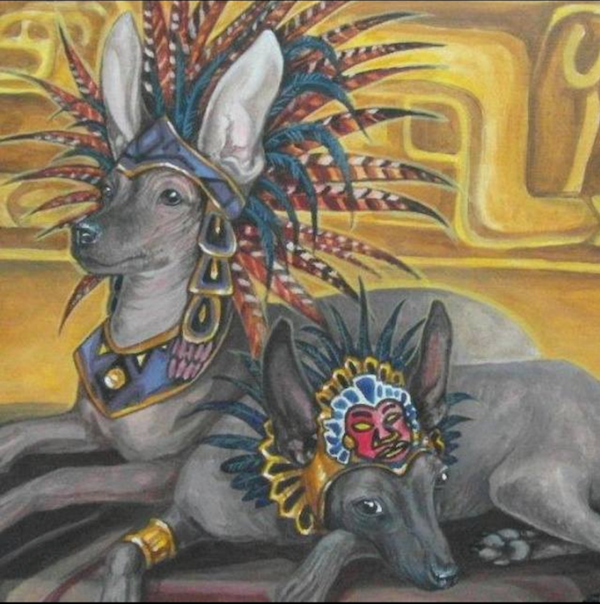 Not many of us can claim to have dogs in our lives who are associated with deity, let alone the underworld, but Xoloitzcuintle owners can.

Their exotic, ancient and highly intelligent breed dates back to the time of the Aztecs who associated the dogs with the doglike deity, “Xolotl,” the twin brother of “Quetzalcoatl.”

In mythology, Xolotl travels to the underworld to retrieve the bones of the dead which are used to make new life. In fact, Aztec myth holds that Xolotl, himself, made the Xoloitzcuintli from a sliver of the Bone of Life from which man himself was made. Xolotl gave man the dogs as a gift with the instructions to guard them with their life. In exchange, the dog would guide them through the world of death, towards the Evening Star in the Heavens.

Xolotl was also the god of sickness, fire, and physical deformity, and he was typically depicted in art as a dog-headed man with ragged ears and backward facing feet. Ancient Aztecs considered the Mexican hairless dog as malformed which is why it’s thought that they named the breed “the dog of Xolotl,” or Xoloitzcuintle.