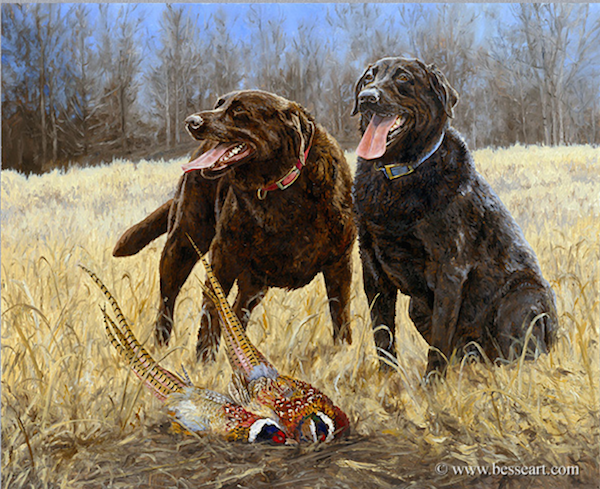 It is a frustration, if not sad lament of many a breed fancier that records of their breed are paltry, if non-existent. In some cases, the disruption of war caused documentation to be lost or destroyed, but in his book, “Duck Dogs,” author Richard A. Wolters  points out another reason for gaps in the records of their breeds: Class division.

It wasn’t that early writers lacked the ability to document breed history; what they lacked was access. There was such class distinction in the early days of some breeds that writers didn’t have the status to associate with the aristocracy on whose large estates breedings programs took place. Wolters sites the Labrador Retriever as a good example to underscore the point. Lt. Col. Peter Hawker had written a book in 1814 that became, in essence, a bible for information and instruction on shooting sports. Instructions to a Young Sportsman was, in fact, the first book to mention the Labrador Retriever.  Hawker would have known that one of the first duck hunting areas in England was Poole Harbor, but he never knew that the second earl of Malmesbury, the undersecretary of foreign affairs at the time, kept large kennels of hunting Labrador Retrievers a mere four miles from Poole Harbor where Hawker, himself, hunted. The dogs were for the private use of the earl and his friends, avid hunters all. The earl kept records in his game books that covered forty years of shooting over his dogs, and his son, the second earl, kept the kennels going until his death. Two generations of hunters who kept their breed pure, but no dog writer ever saw the records or wrote about those dogs until almost the 20th century.  As Wolters points out, the same thing happened in Scotland where dukes of Buccleuch and Lord Home also kept Labs.

“Two for Two” by Linda Besse is available as a limited edition giclee here.