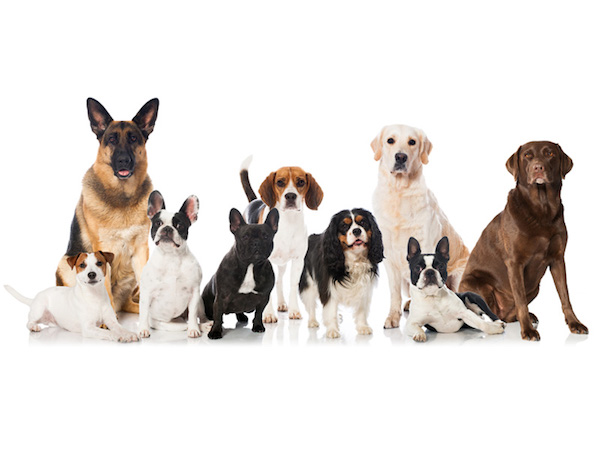 There are an estimated 500,000–600,000 dogs in Norway across eleven counties, but not all of them are breeds native to the country. In fact, of the top three breeds, only one is a “local,” and it’s wedged between the most popular breed in Norway, the German Shepherd Dog, and the third most popular breed, the Golden Retriever.

Surprisingly (and based on registration numbers), the Norsk Elghund Grå, or Norwegian Elkhound, came in second.  This is a step up from 2019 when the Border Collie was second in popularity, but Border Collies don’t seem headed in the right direction. Indeed, 2017 was the third time that Border Collies topped the list as the most popular dog breed in Norway, but three years later, it has fallen out of the top three altogether.

Lest anyone points a finger at Norway for overlooking its native breeds, we point out that not one American-made breed appears in the AKC’s list of Top Ten breeds from 2019, either.  Same hold true in India where the Top Ten breed list looks like this:

In 2019, Germany did better than most other countries in embracing native breeds:

We have to hand it to the Canadians for making the Labrador Retriever, their most popular breed, but it’s the only dog breed on their Top Ten list that is actually Canadian (where’s the Newfoundland?)

On to Australia! Google analyzed search data to identify the top 10 most popular dog breeds of 2019, but surely that data would indicate the most searched breed, and not the most popular breed according to registration numbers, but it’s what we found:

Some experts believe that there could be as many as 11 million dogs in the UK in 2020, but finding a list of Top Ten breeds by Kennel Club registrations was elusive. We found one source that gathered data from UK veterinarians,  crosschecked it with the UK’s leading kennels and registrars, and included public data released by the Kennel Club from previous years. Bottom line: We’re less sure of its accuracy. Those breeds are:

Another source indicated that according to its data, 12% of dog owners in the UK have a Labrador, closely followed by Cockerpoos (8%) and Springer Spaniels (6%).

The United Kingdom magazine, Country Living, which has done a nice job of covering vulnerable breeds, came up with nine dog breeds soaring in popularity in the UK according to the Kennel Club which you can see here.

Had we been able to find more recent data for other countries, we would have shared it, but numbers dating from before 2018 were left off.  Even so, in glancing at those older lists from other countries, it would seem that the mindset of “grass being greener on the other side” holds true for most cultures outside of Germany and England. On the other hand, Germany and England have developed some fabulous breeds….

We conclude with a link to the Top 50 Most Popular Dog Breeds In The World based on analysis from Google searches performed between August 1st, 2018 to July 31st, 2019. Any surprises to you?