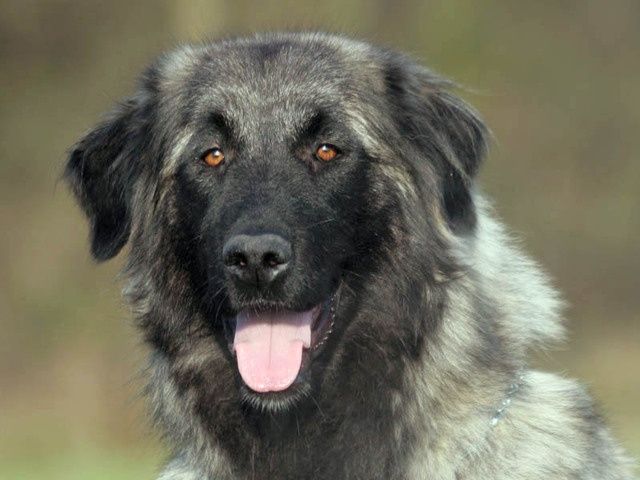 We suppose the Estrela Mountain Dog could be traced to one particularly frisky sire or dam, but we’ll never know because the breed is really old. Estrelas are descended from one of the oldest breeds of the Iberian Peninsula, and lived in the high mountains of Portugal even before Roman times. Over time, their recognized place of origin became the Serra da Estrela Mountains; there, they protected cattle and sheep against wolves and thieves as the shepherds moved their flocks from the high Estrela plains to lower elevations using the same routes that had been used for centuries.
It’s said that as the shepherds, their flock and their Estrelas roamed in search of better pastures, some of the dogs were confiscated by aristocrats who found them to be marvelous estate guards. With modernity and industrialization, herds diminished, and the dogs with them, leaving some of those estate dogs to be among the few Estrelas left. Happily, the 1930s saw a revival of interest in native Portuguese dog breeds, and the breed now has many friends.
Photo from Pinterest and happily credited upon receipt of information