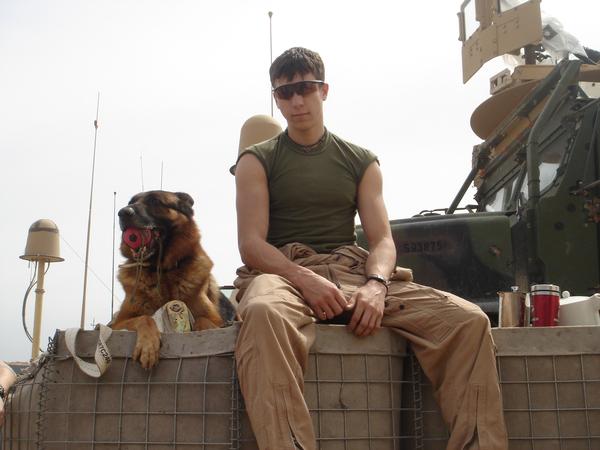 Dustin Lee was a natural with dogs. As a kid, he would work with rescue dogs by hiding in woods and allow them to find him. As a young adult, however, he was so moved by the September 11 attacks that he signed up for the military before graduating from high school. It surprised no one that Lee found a way to work with dogs in the military, or that he finished first in his training class as a dog handler in 2005. Kennel master, William W. Reynolds, noted that Lee was, “uncanny as a dog handler.” Lee was so good that he was once given two dogs to work with at once: An explosives dog and a narcotics dog. 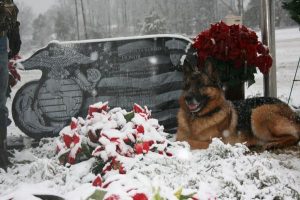 Lee – now US Marine Corps Corporal Lee, was assigned “Lex,” a 7-year-old German Shepherd Dog. Under the Lee’s skilled guidance, Lex dutifully searched for roadside bombs to keep the roads safe and open for American troops in Iraq, but a mortar attack killed Corporal Lee and seriously wounded Lex. Despite his wounds, Lex wouldn’t leave his partner and had to be dragged away to be treated by medics.

Lee’s parents and Lex mourned together. Though Lex still had over 50 pieces of shrapnel in his body, he worked as a therapy dog visiting military veterans at hospitals and retirement homes. He was also awarded a commemorative Purple Heart.  Lex died on March 25, 2012 from cancer.