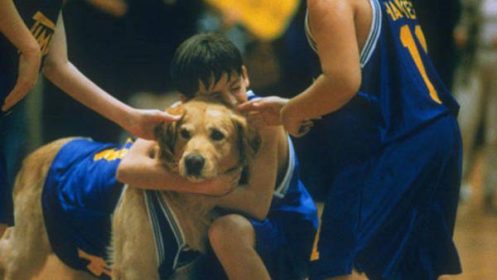 We always urge prospective owners do their homework before acquiring a dog for themselves, but movies can still make us fall in love with a breed. While many people already knew Golden Retrievers to be fabulous dogs, it was a dog named, “Buddy” (his real name) who inspired a new generation of fans.

America’s Funniest Home Videos was the first time Buddy appeared to a vast audience which quickly saw a dog that could play sports! This launched Buddy’s career, most notably on 1997’s movie, “Air Bud,” but also as “Comet” in the TV series, “Full House.” Buddy was so impressive that he earned an honorary Oscar at the Academy Awards.

Sadly, Buddy’s career was all too short. His right hind leg was amputated in 1997 because of a cancer called synovial cell sarcoma. He died in his sleep from complications of the disease in 1998 at the age of ten.