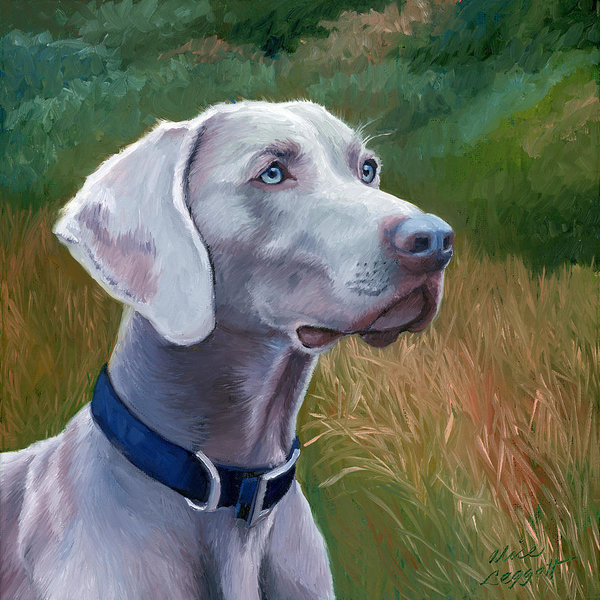 Some say that unique among pointing breeds are Smooth-coated Vizslak who have what can best be described as skin tags, or “horns” on the front edge of their ear flaps.  Known as a ‘szary’ in Hungarian, these tiny little “horns” are thought to traceable to the Futaki line of Vizslak bred early in the breed’s presence in the US by Count and Countess Bela Hadik; for that reason, these things are known as ‘Futaki horns.’ They can show up on one ear, or both, in singles, or multiples, and are usually covered with hair. They show up in sizes that range from tiny to “Whoa, what’s that?” They occur seemingly at random so that these days, it’s impossible to say that one line over another produces the trait. Back in the day, an old wives’ tale held that dogs with these “horns” were superior hunters.

But are they really unique to the breed?

As it happens, a similar feature shows up in Weimaraners. The dogs born with these small lobes were thought to be Weims coming out of Harrasburg line of Weimaraners and came to be called, “Harrasburg Horns.” 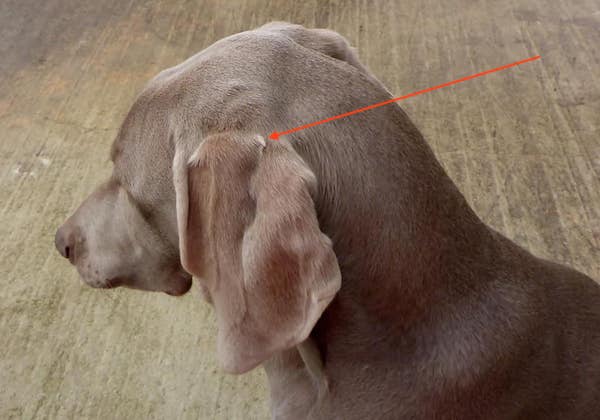 But wait, there’s said to be a similar thing in German Shorthaired Pointers, and it that breed, they’re called Grabenbruch horns.

These aspects are what we call “cool things that exist in tall weeds,” which is to say that it may be “insider information’ for breed fanciers, but is unlikely to be found in books.

If you have any of the aforementioned breeds and have a dog with these “horns,” we’d love for you to share their picture!  Our thanks to Ruth Ann Freer-Godfrey for sharing a photo of her Reggie Weimaraner Godfrey, an AKC Ch & Dock Senior.