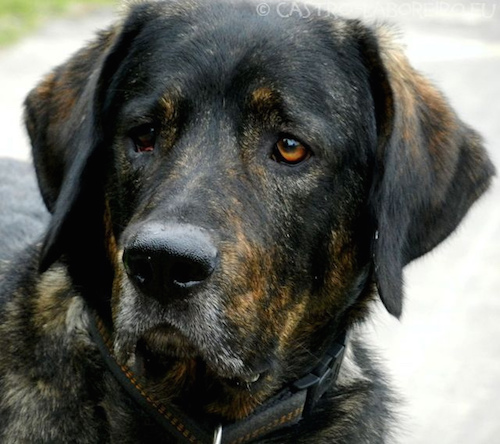 “I believe…the Castro could become for the livestock industry what the German Shepherd is to the military.”

Big words, but prescient. They appear in Bonnie Wilcox, DVM and Chris Walkowicz’s fabulous tome, The Atlas of Dog Breeds of the World, and were attributed to the owner of a Portuguese Cattle Dog (recognized by the FCI as the Cao De Castro Laboreiro).  The breed is sometimes referred to as herding dog, but it’s actually an LGD, or livestock guardian dog, and its natural temperament reminds us of something humorist, Will Rogers, once said: If you think you’re a person of some influence, try ordering someone else’s dog around.

Portuguese Cattle Dogs obey one person alone, their master or mistress. This is not a dog that tolerates being bossed around by other people, particularly since it’s a suspicious breed to begin with. Police departments are finding that this trait makes them quite suitable, if not adaptable, for police work, so maybe, the Castro could become for law enforcement what the German Shepherd is to the military. One thing is for certain. If you’re in the cross-hairs of the dog’s suspicions, s/he’ll let you know with a distinctively thunderous bark that is hair-raising, a breed trait mentioned by virtually every source we checked.

*A description of the dog’s bark