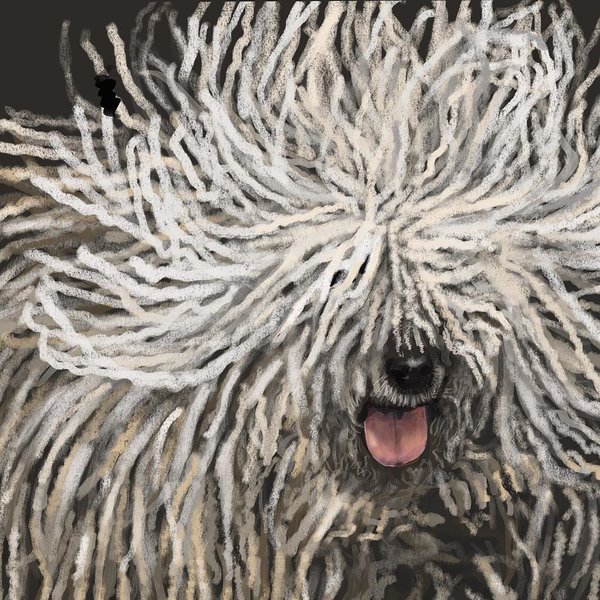 Before we go back in time, let’s get one thing straight: A Komondor is always white. When encountering a corded dog, save yourself. If it’s black, silver or gray, it’s not a Komondor. Moving on…

What we love about history is that it’s nothing more than the story of relationships and alliances. In the 13th century (and no, we weren’t there), Köten Khan’s daughter, Erzsébet (in English, you’d call her “Elizabeth”), married Stephen.

Erzsébet’s dad was a Cuman military commander and lord (or khan), and her new father-in-law was “Bela,” the King of Hungary and Croatia. When the Mongols attacked Hungary, King Bela asked the Cuman to help beef up their defenses, and in exchange, the Cuman were given the area between the Danube and Tisza Rivers on which to settle. We know this because excavations of ancient Cuman gave sites in Hungary have uncovered the skeletal remains of dogs and horses, both positioned in clearly ritualistic fashion which indicates how important both were to the Cuman. In one grave (hankie alert), the deceased was buried with his head resting on a dog. In another, a number of dogs were buried around the grave. All the dogs have been identified as resembling the Komondor, but equally telling is that some cynologists have theorized that the name, “Komondor,” stems from the dogs’ connection to the Cuman: “Komon dor,” or “dogs of the Cuman.”