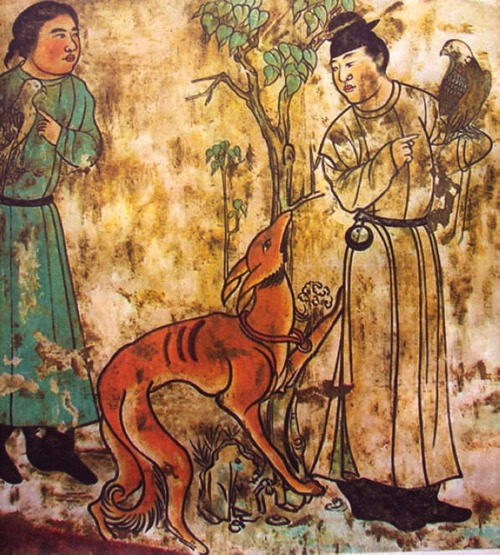 We’re going out on a limb here, following up on a breed mentioned in passing only just yesterday, and the breed’s name was news to us (proving that like our readers, we want to learn more!). The breed is the Xigou ( (pronounced see-gow), sometimes called the Chinese Saluki. Unlike other sighthounds we’ve seen, the Xigou has what’s been called a “banana-face” profile for obvious reasons. Dating back to the Tang Dynasty in 685 AD, the breed has been known by locals as ‘slender dogs,’ prized for hunting hares and guarding homes. While the breed has never been bred for a standardized appearance, a majority of the dogs have the roman sheep-head’s profile that sets them apart from other sighthounds. We want to know more, and if you have an “insider’s” track about this breed, contact us, please? 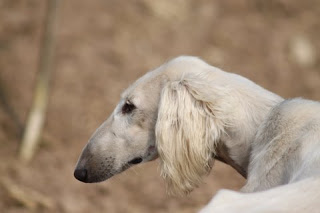 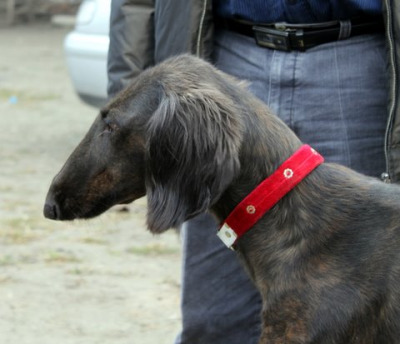 Images appear here with the kind consent of the photographer, Sir Terence Clark, who took the photographs in Shaanxi Province in China in 2010.  Many more such photographs appear in his book: “The Salukis in my Life: here, there and everywhere from the Arab world to China,” a wonderful read that is part-memoir, part-travelogue, and a “must have” for Saluki fanciers interested in the history and significance of the breed across the world.  Sir Clark’s website is: www.saluqi.net

15 thoughts on “Meet the Shanxi Xigou”