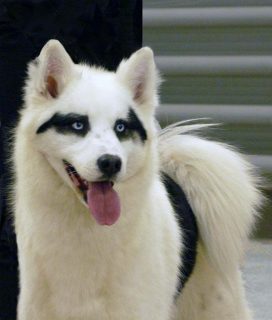 You may never have heard of the Yakutian Laika, but when the breed graduates from the AKC’s Foundation Stock Service into the Miscellaneous Class, and then into full recognition, we think you’ll be hearing that name more often.

The Laika is a close relative of the Siberian Husky, and like the Husky, was used to pull sleds and hunt, in this case by native Yakut people in Russia, the first known people on earth to use sleds pulled by dogs. The dogs lived as primitive aboriginal breeds lived, which is to say that they were rarely confined and mated freely.

The dogs were mentioned by pioneering Cossacks in the 17th century as living along the “dog rivers,” but it wasn’t until Nicolaas Cornellisson Witsen published a book in 1692 that anyone saw a picture of the dogs because the Dutch traveler/scientist included engravings of Yakutians using Laika dogs as draught transport.

In 1856, a survey of the Yakutian Laikas found that as many as 15,157 dogs lived in the Yakutia region, but the Yakutian Laikas eventually lost their importance, and only three or four thousand dogs remained by the beginning of 1990s. Thankfully,  a number of dog enthusiasts tried to revitalize the Yakutian Laika at the end of the decade. They found the best dogs they could, and established a breeding effort that ultimately became successful. In 2004, the Russian Cynological Federation RKF (the Russian kennel club), accepted the basic breed standard. In August, 2017, the Yakutian Laika was recorded in the AKC’s FSS.

Take a look at this handsome dog!

What’s the dog like to live with? We’ve read that they are intelligent, playful, inquisitive and biddable.

Sledding image comes from the AKC’s website page on the breed (with consent). Thumbnail image found on Pinterest and happily credited upon receipt of information

One thought on “Meet the Yakutian Laika”