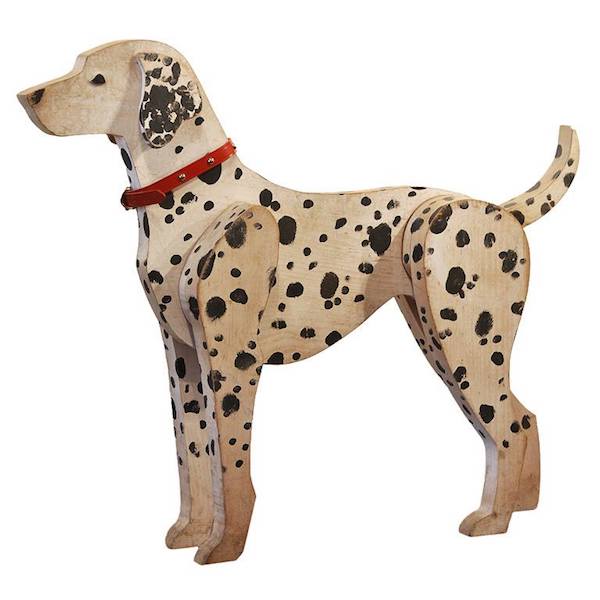 Today’s dog creative dog-naming owner has nothing on George Washington who named his Dalmatians Sweet Lips, Tippler, Tipsy, Drunkard, Searcher,True Love, and Vulcan (he knew Spock????).  Records from 1786 reveal that our first president paid 12 shillings for a “coach dog” whom he named Madame Moose. Because Washington was a proponent of preserving canine bloodlines, he arranged for a “mail-order husband” (another Dalmatian, of course) for Madame Moose making the first president one of the most well known early breeders.

Right about now, American Foxhound owners may be thinking, “What about us?”  A passionate hunter, Washington wanted to create a pack of superior hunting hounds to take on fox hunts, and with painstaking commitment, he kept records of a breeding program that lead to his development of a new breed of foxhound he called “Virginia Hounds” ancestors of today’s American Foxhound.

Over his lifetime, Washington had approximately 50 dogs that besides his Dalmatians and hunting hound pack, included Greyhounds, Newfoundlands, Briards, Spaniels, Terriers, and a Poodle.  Washington would unwittingly learn that a dog at a man’s heel attracts women, something a survey conducted over 240 years later statistically proved to be true (men with a dog are 13.4 percent more attractive to women than men without any pet).

As the story goes, the Continental Congress was convening in Philadelphia, and Washington was one of the representatives from Virginia. On one occasion, he took Sweet Lips with him to Philadelphia and during a walk, they attracted the attention of Elizabeth Powel, the wife of Philadelphia’s mayor, Samuel Powel, herself out for a stroll. Mrs. Powel stopped to admire Sweet Lips, but the chance meeting led to a dinner invitation where Washington was introduced to powerful movers and shakers of Philadelphia. They, in turn, asked Washington to join their hunting club. Washington knew his hounds and he was good on a horse. His new friends liked the man’s convictions and honesty, and in return, Washington gifted some of the men a few of his Virginia Hounds.  It was these men who would mount a campaign to help Washington win command of the Continental Army.

In the end, it was all because of Sweet Lips who caught the eye of an influential woman that lead to Washington meeting the people who would influence his political and military career. Moral of the story?  Walk with a dog.