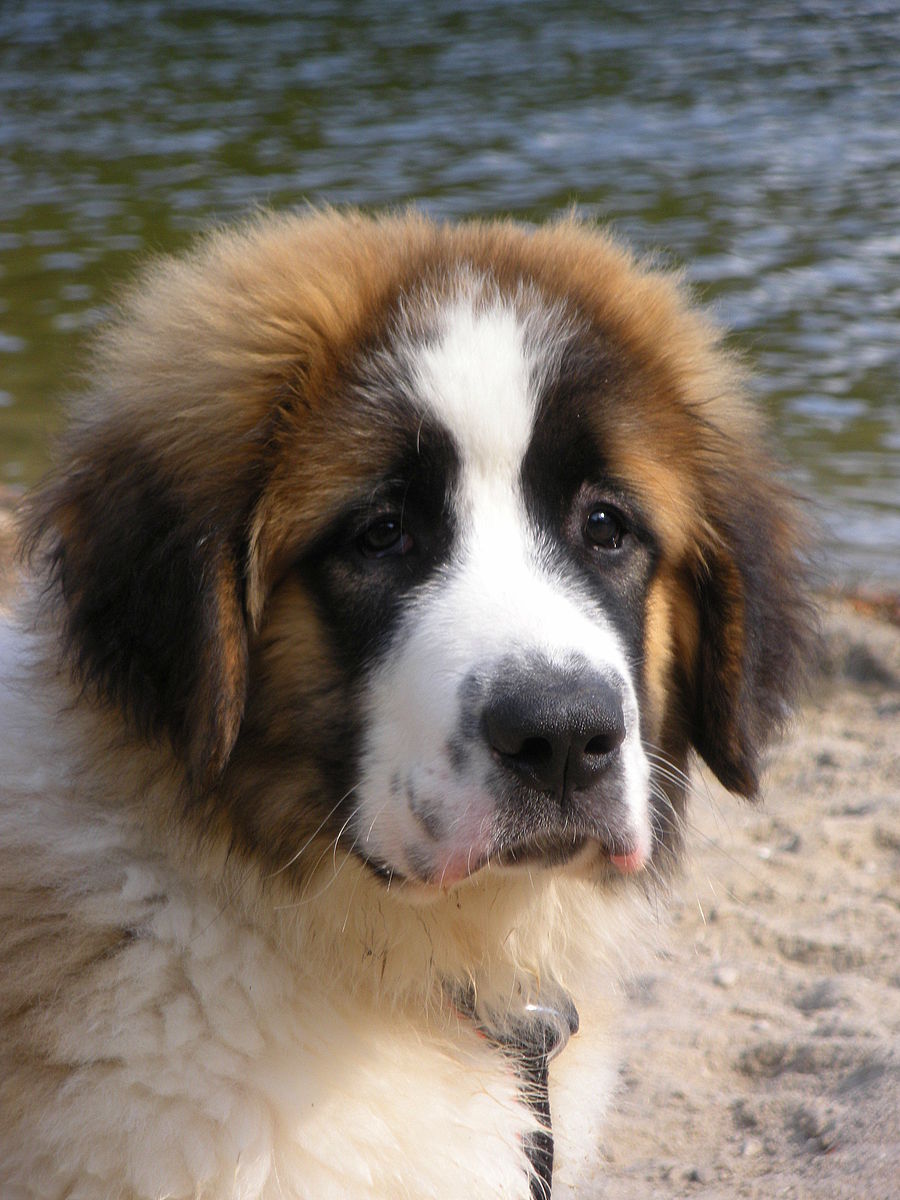 When the youngster seen in the thumbnail image grows up, he’ll be a big boy like the dog below. They are Moscow Watchdogs , and as you can see, this is a massive, muscular and powerful dog.

The breed was developed by the Soviet Union’s famous Red Star Kennel in the 1950’s to deal with rising crime. They needed a dog that could adapt to snow and very low temperatures and be able to guard nearly everything that was government-owned. As with the Black Russian Terrier created by the same kennel, Red Star incorporated several breeds to come up with the Moscow Dog. Those breeds included the Saint Bernard, the Caucasian dog, the German Shepherd Dog, Russian Wolfhound and the Russian Spotted Hound.  The breed was finally standardized in the late 1960’s and given the Russian name, Moskovskaya Storozhevaya Sobaka (“sobaka” means dog in Russian).  Only after the decline of the Soviet Empire were civilians allowed to purchased the breed.

The Moscow dog is a loving family member, but a fierce protector who will fight with everything its got to protect its people from harm. The Soviet military considered this breed to be the perfect service dog, so responsive is it to any handler.

A few Moscow watchdogs were sent to Hungary in 1986 for breeders to help popularize the breed (at the time, around 500 Moscow Watchdogs could be found in there), and while the breed is still one of Russia’s rare breeds, it is becoming better known outside the country. It’s becoming more popular in Europe, and not long ago, the breed came to the United States. The first US-born litter of Moscow Watchdogs was born in 2015.

Inside Russia, the breed is widely seen at dog shows as a recognized breed, but the Russian Kennel Club is working with the International Kennel Federation (FCI) to gain official recognition. 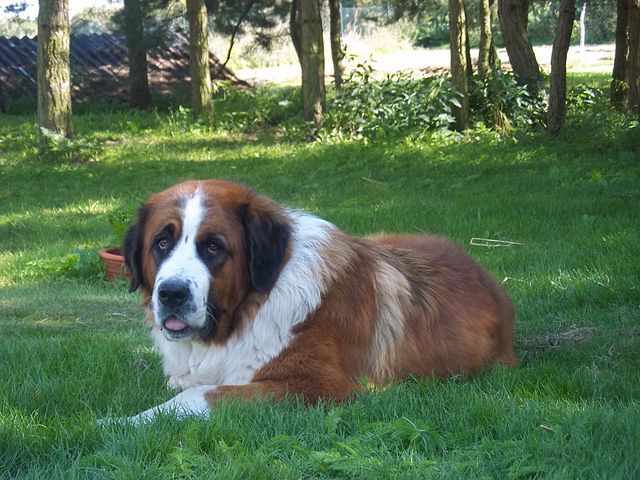 Both images from Wikicommons under the Creative Commons Attribution-Share Alike 3.0 Unported license.