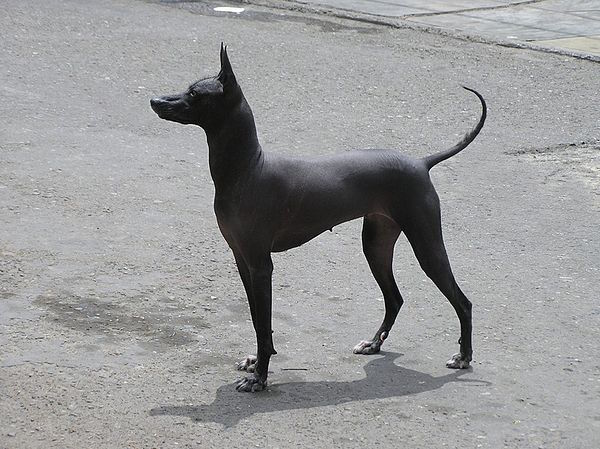 When Spanish explorers landed in Peru with an eye to conquer an empire rich in gold and silver, they found a treasure of a different sort: Dogs with so little hair that they were kept indoors during the day, surrounded by orchids, and let loose at night under the moonlight. This led to one of the Peruvian Inca Orchid’s nicknames: The Moonflower Dog. Their gentle Inca owners, however, called them caa-allepo, which in Quechua, the language of the Incas, translated to “dog without vestments,” or quite literally, “naked dog.”

Image of “Lucrecia” by Hookery/Yuri Hooker via a file from the Wikimedia Commons and shared under the Creative Commons Attribution-Share Alike 3.0 Unported license.