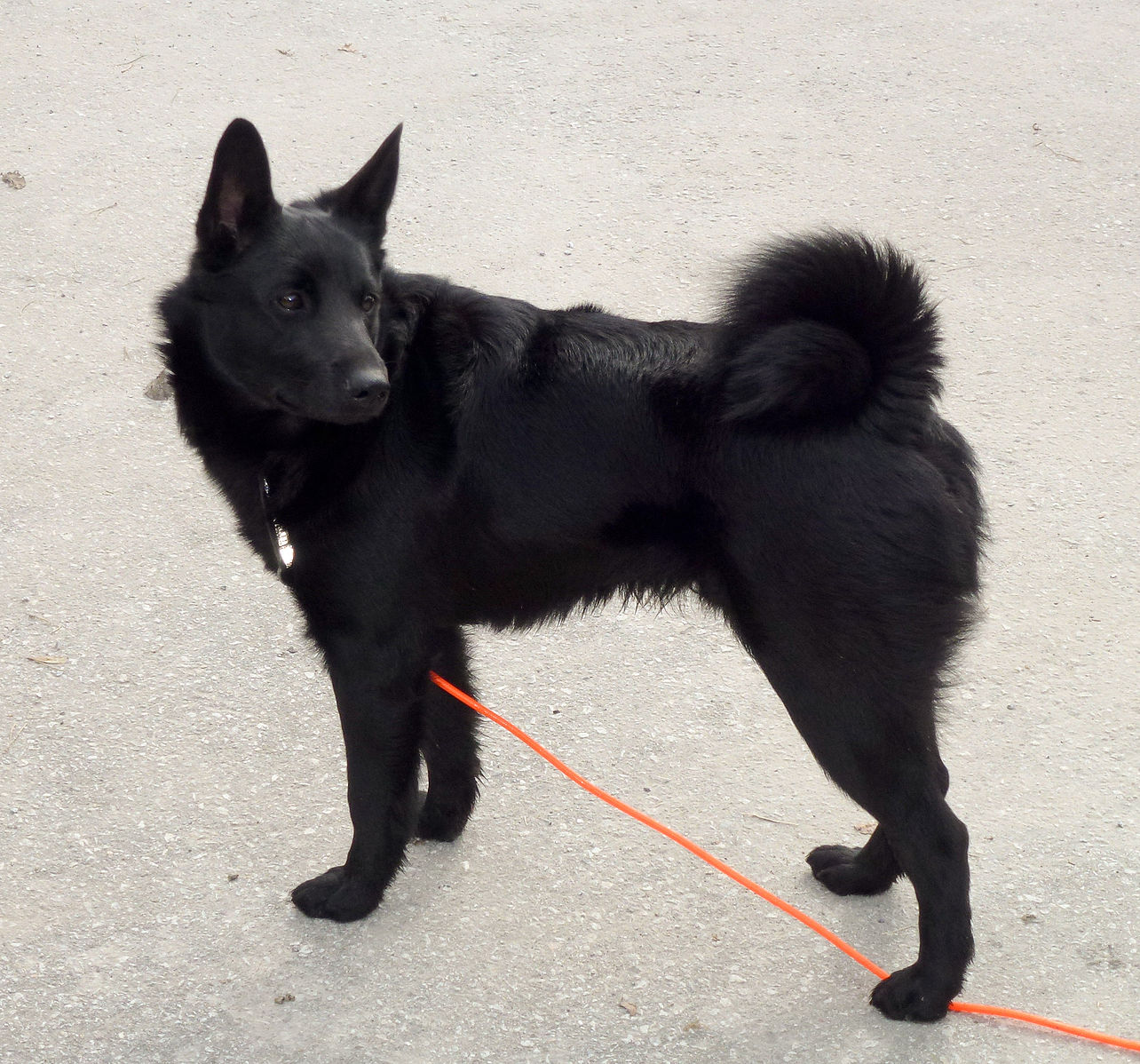 Any overall color other than gray is a disqualification for the Norwegian Elkhound at AKC and UKC dog shows, but the Black Norwegian Elkhound is part of Group 5 of Fédération Cynologique Internationale (FCI): The Spitz and primitive types.

The black is the smaller and more slender of the two Norwegian Elkhounds, and at least one source suggests that these black dogs can be found in the American Appalachia where they’ve been used to hunt squirrels. In its native country, the black Elkhound, like the gray, was used to track moose (known as “elks” in Britain) which is how it got its name in English.

Image from Wikicommons is shared under the Creative Commons Attribution-Share Alike 3.0 Unported license.