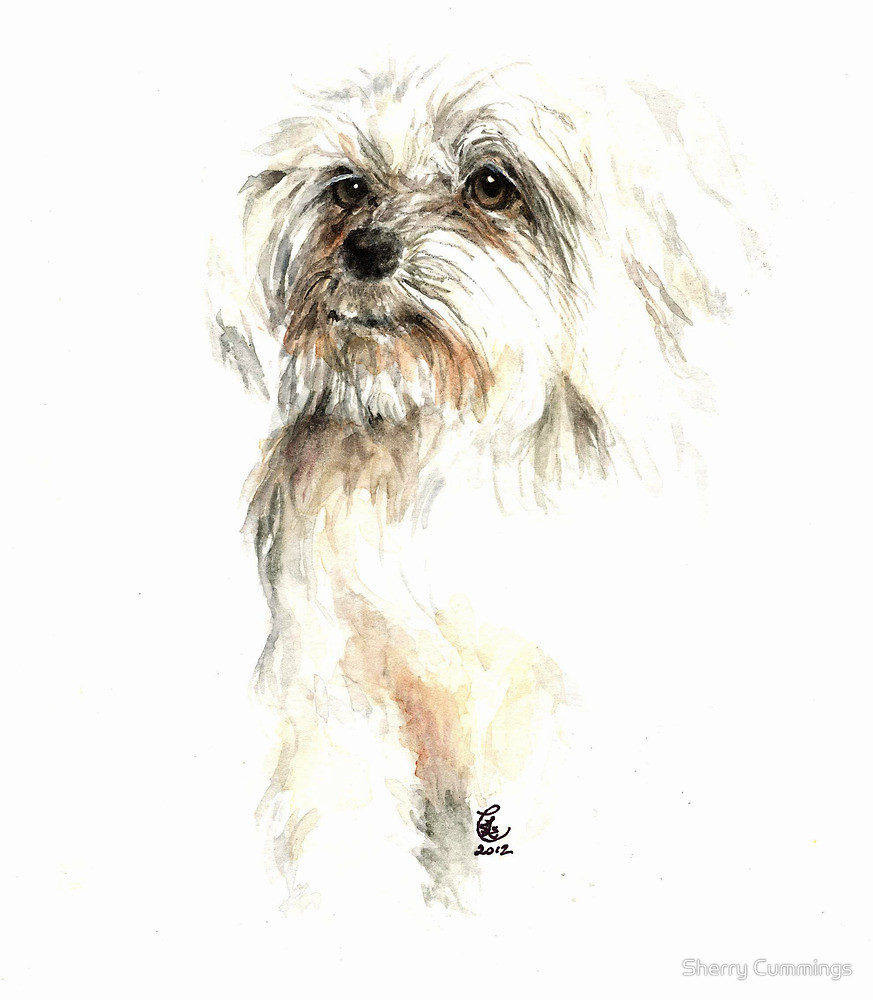 It’s time for our first hint about next week’s Purebred of Interest, and it’s a particular challenge for us this week because most any clue could give the breed away in an instant. Here’s our first one: The ancestors of our breed existed in England around the time of the Roman empire. Bottom line: The breed is really old. It’s not the Maltese, another old breed, and one that was owned by Jane Welsh Carlyle whose fame is associated with her marriage to the 18th century Scottish essayist and philosopher, Thomas Carlyle. The Maltese’s name was “Nero,” and he was so much the subject of letters and diary entries that his personality and traits became well chronicled. For instance, we know that Nero was bathed daily, that he got out of the yard sporadically, and that he was stolen more than once (he always made his way back home unharmed).

Maltese by Sherry Cummings. This print is available here