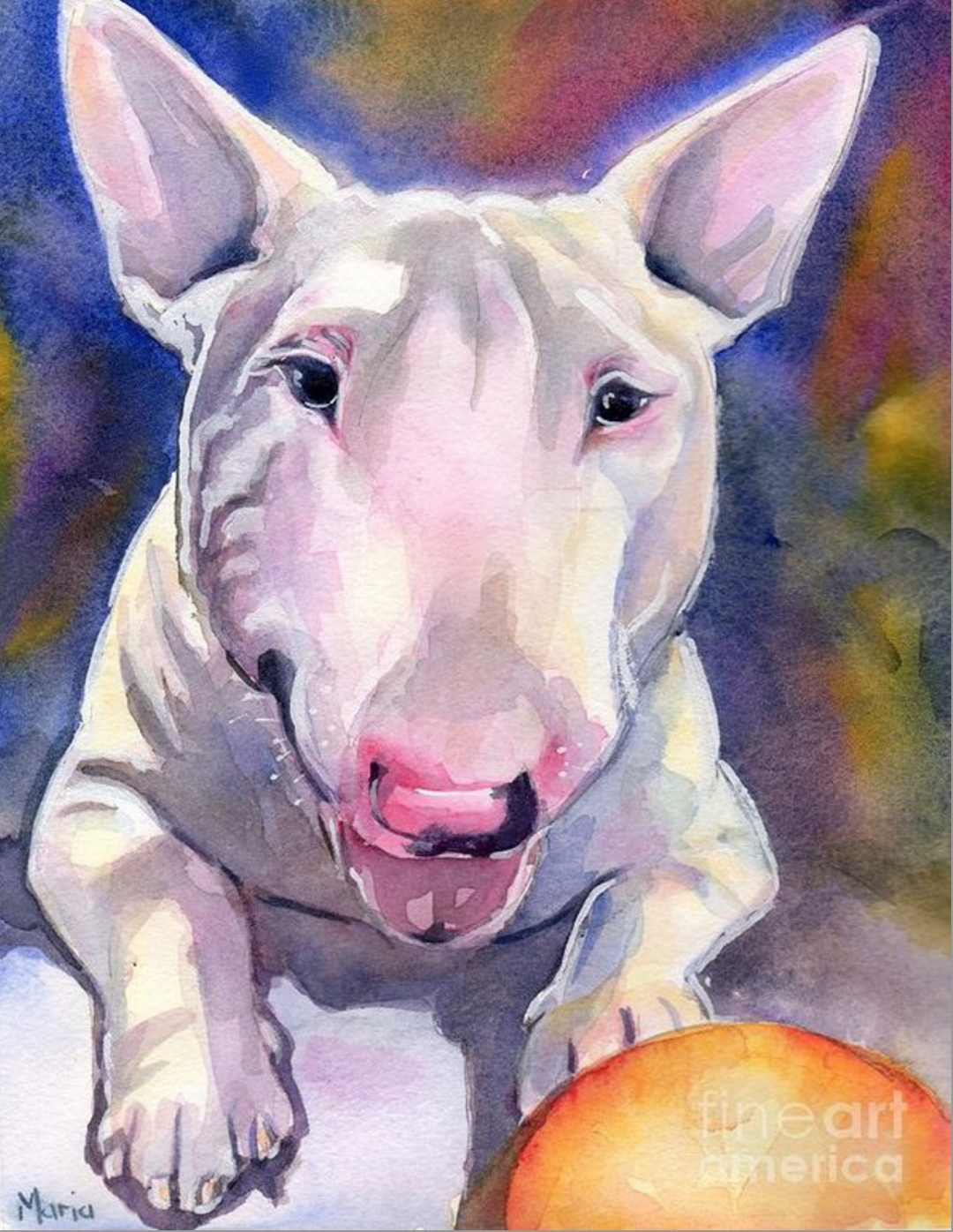 Some people still regard the Miniature Bull Terrier as a new breed, possibly because the ‪#‎AKC‬ recognized it less than 25 years ago. In reality, however, the Mini Bull Terrier is over 75 years old, and possibly closer to 140 years old if one considers that the first Bull Terrier champion in England, “Nelson,” would be considered a miniature by today’s standards: “Made up” (as the Brits call making a champion) in 1873, Nelson was very short and weighed but 16 pounds.

These dogs are so versatile that the Miniature Bull Terrier Club established a Versatility Award in 1998 called the “Hildie” (after the first qualifier). A Hildie award honors dogs who have won three titles in three different areas: Obedience, Tracking, Agility, Earthdog, Conformation, or Therapy Dog.