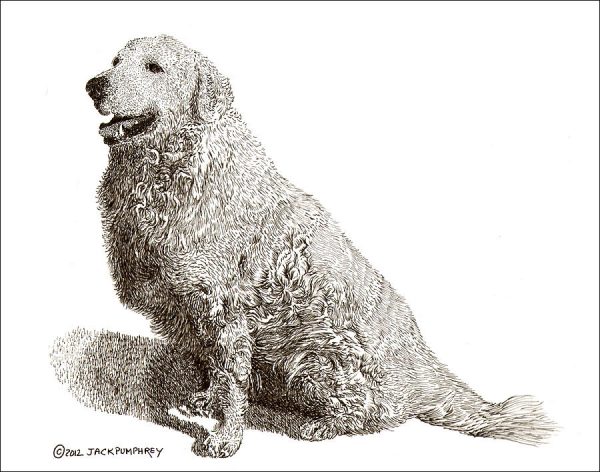 The Kuvasz was one of history’s breeds that was given only as a special honor because it was associated with royalty.

One recipient was the Prince of Wallachia, a sometime vassal of the Hungarian King, Matthias. At one time, King Matthias imprisoned the same prince in a royal tower for many years.  The prince did such a good job of working his way back into the king’s good graces that he reportedly married a member of the royal family after his release from prison. The king is said to have given the prince and his new bride two Kuvaszok as a wedding gift, something the king may have come to regret:The prince was also known as Vlad, the Impaler, but these days we know him better as Count Dracula.

Kuvasz by Jack Pumphrey. This print is available for purchase here.