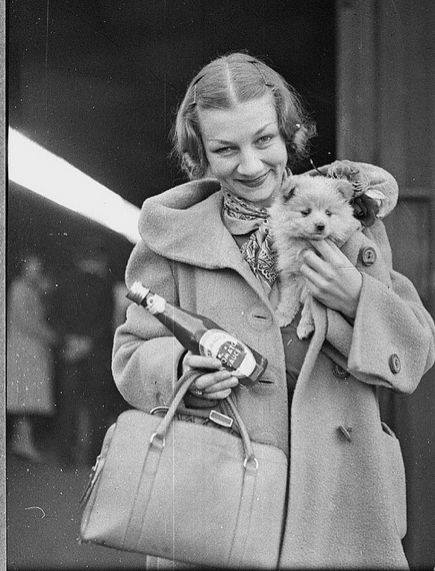 If you are an Australian with an interest in dance, you might be curious to know how ballet as a professional presence began in your country.

The very first professional ballet company in Australia was started by Hélène Kirsova, a Danish ballerina, choreographer, and director who at 18, studied ballet in Paris under French dancer, Léo Staats, and Russians, Olga Preobrajenska and Lubov Egorova,  the greatest ballet teachers of their time who had taught at the Imperial Ballet Academy in St Petersburg and the Maryinsky (Kirov) Ballet.

In 1929, Kirsova joined Le Ballet Franco Russe and toured South America, then danced her way through Europe even appearing at London’s Covent Garden. She toured Australia, and after the outbreak of the Second World War, she and some other dancers stayed in Sydney; she established what would be the forerunner to the Borovansky Ballet.

A lady of independent means, Kirsova still could not prevent the unfortunate circumstances that necessitated the closing of her company. She donated the profits from the earliest performances to the Red Cross, then dedicated the profits from the remaining performances to establish a chain of playgrounds in Sydney’s inner suburbs, including two blocks of land in Erskineville. Kirsova died in in a London clinic in 1962 at far too young an age –  51 years old. She is remembered, however, by way of the tiny park on Wigram Lane that bears her name.

Image of Helene Kirsova with her Pomeranian named, “Ketchup” and a tomato sauce bottle on their arrival in Sydney at the Central Railway Station, May 1937.  Image from the State Library of NSW licensed under Creative Commons Attribution 4.0 International License.