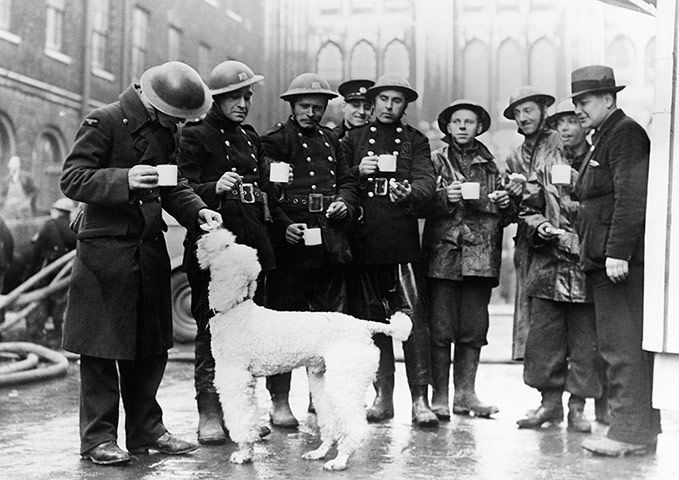 You think you know Poodles?

In 1942, 32 different breeds were classed as war dogs by the US Army, and the Standard Poodle was one of them. About the breed it was noted: “This breed has unusual ability to learn and retain and keen senses. A drawback is a rapidly-growing coat, never shed and required constant cutting to prevent its becoming matted.”

The list was cut to 18 breeds towards the end of 1943, and the Standard Poodle was still included. Only by the end of 1944 was the list cut to five breed and the SP eliminated. Poodles were never shipped overseas for military service, but evidence shows that they were often used domestically to guard military instillations, defense plants, and even the coast-line.

Photographs found on Pinterest but believed to have come from the National Archives, one of a Coast Guard dog on shore patrol, the other of handlers trained at Pillicoc in the spring of 1942