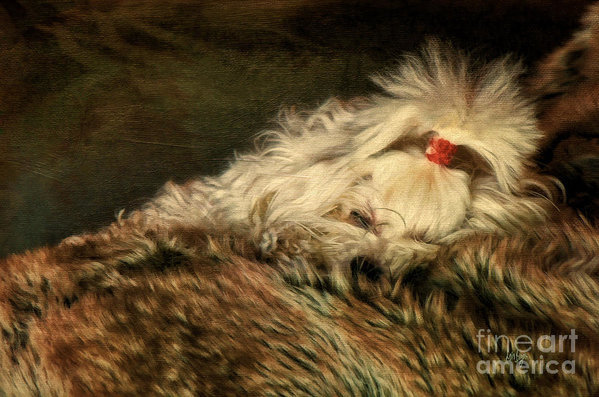 Who doesn’t love a good legend? We certainly are suckers for dog legends, though the following story may be less mythical if one believes in miracles.  One of the more enduring tale about the Maltese is associated with Rome and early Christianity. This story of Saint Paul, a traveling apostle of faith, is recounted in the Acts of the Apostles where Paul is said to have been shipwrecked on Malta; there, Publius, the island’s leader (and now venerated as the first Bishop of Malta and its first acknowledged saint) lay deathly ill.

From the Acts of the Apostle: “In the vicinity of that place were lands belonging to a man named Publius, the chief of the island. He welcomed us and received us cordially as his guests for three days. It so happened that the father of Publius was sick with a fever and dysentery. Paul visited him and, after praying, laid his hands on him and healed him. After this had taken place, the rest of the sick on the island came to Paul and were cured. They paid us great honor and when we eventually set sail they brought us the provisions we needed.”

What Acts left out is that according to legend, a very grateful Publius presented Paul with a Maltese.