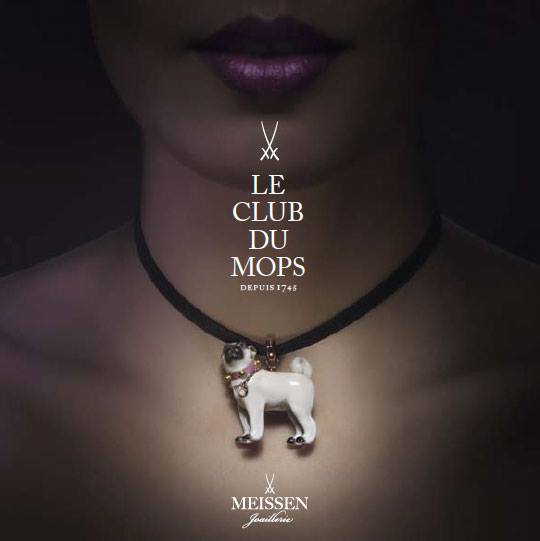 Not really, but there was a time when owning a Pug was a subtle show of defiance and solidarity with England’s revolution. It started when King William III brought a Pug with him when he came to England to replace his uncle and way-too-Catholic father-in-law, James II. This “Glorious Revolution” created a constitutional monarchy closely watched not only by Parliament, but by European intellectuals who came to admire this new style of government and free thinking. Owning a Pug was a subtle way of showing unity with England’s revolution without getting thrown into a dungeon. In Paris, Pugs became associated with Voltaire and Diderot.

Image: The cover of a Meissen porcelain brochure sound in the exclusive Hotel Regent at the Gendarmenmarkt in Berlin