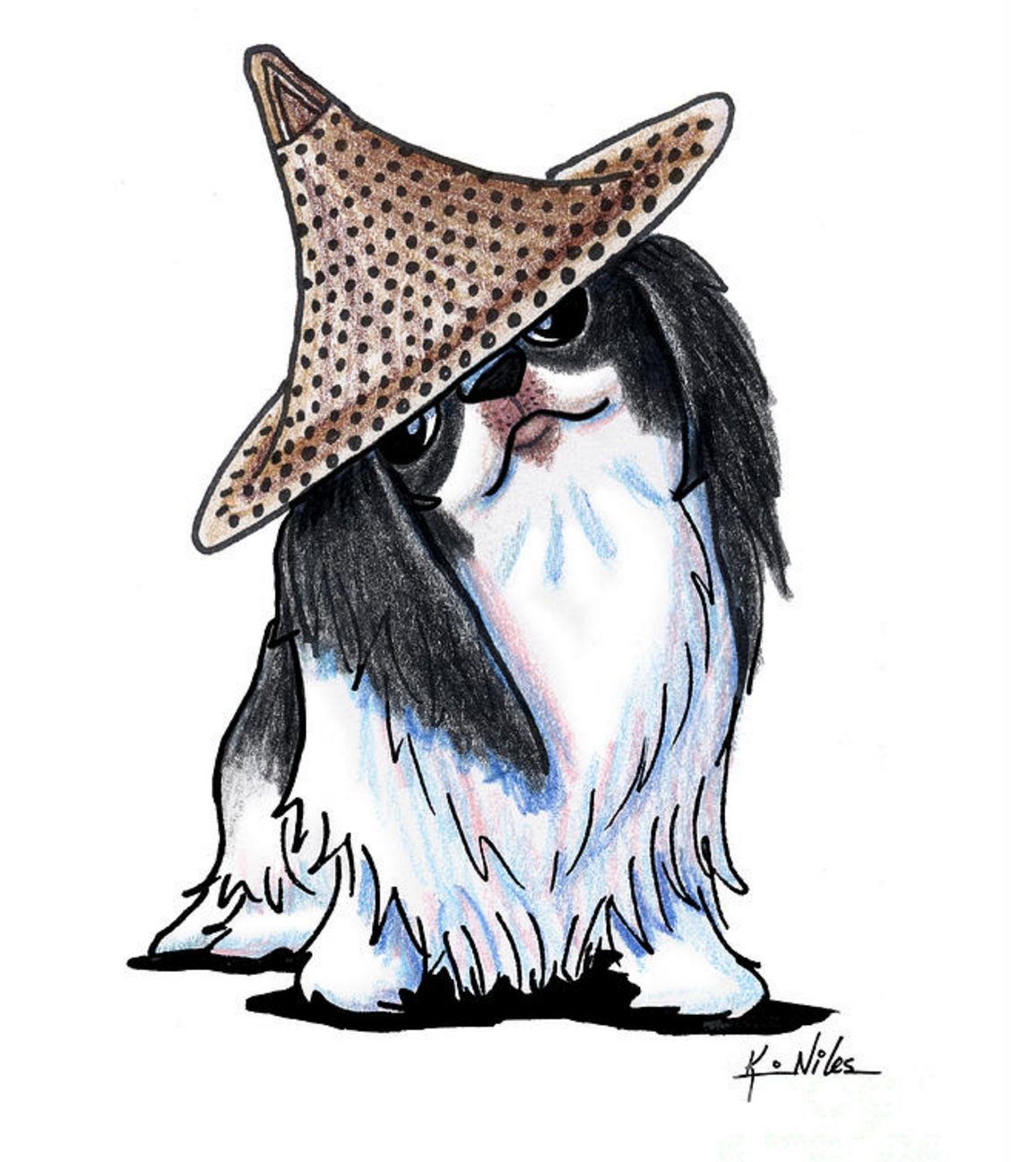 Like many Asian breeds, the Japanese Chin‘s origin is clouded in Far East mysticism, but we do know that small dogs thought to be Chins were well known on the Silk Road both as traveling companions, and as newly acquired gifts by dignitaries to whom they’d been given as gifts.
But before then? One source maintains that that the dogs were gifted to Japanese royalty by a Korean prince in 732 A.D. Others insist that the dogs were bestowed by the Empress of Japan as early as the middle of the 6th or 7th century. Still others claim that the Chin’s arrival in Japan was really in 520 AD at the behest of Zen Buddhist instructors. No matter what the true story is, we know that the Japanese Imperial family came to be in possession of the breed, and was extremely of the dogs they kept as beloved lapdogs.
The other thing we know for certain is that the breed’s name is a misnomer. Its original origins are not in Japan, but in China. The mixup may have come from the fact that the dogs given as a gift to the emperor of Japan.
More open to conjecture is that the Chin and Peke were once the same breed, with the Pekingese having been bred out to create the short, bowed-legged, long-back, pear-shape bodied breed of dog known today, while the Chin was kept “pure.” More research, however, reveals that an early Japanese toy-sized dog that resembled the old Continental Toy Spaniel of Europe was the flat-faced, straight-legged, a bit long-backed, parti-color dog called the Imperial Chin. These two types were blended together to bring about the Japanese Chin of today dainty, square-bodied, flat-faced, and richly coated, elegant toy breed. We always defer to breed experts, and if we have this wrong, please correct us.
We can thank Commodore Matthew Perry for any of us knowing more about the breed; It was Perry who sailed into Uraga Harbor near Edo and introduced Japan to international trade, and by default, the breed. Even more global attention to the breed was brought by Britain’s Queen Alexandra (though at that time, the breed was known as the Japanese Spaniel, and would be until 1977). Alexandra got her first Chin as a present after marrying into the British Royal family in 1863. It didn’t take long for other Chins to be gifted to the princess, and she came to have many. Most Chin owners will acknowledge that these dogs were always at her side.
The Japanese Spaniel was one of the early breeds accepted into the registry of The American Kennel Club, and in 1888, a dog named, “Jap,” became the first “Japanese Spaniel” registered by AKC. The rest is history. The breed is beloved by ancients and contemporary owners.
Japanese Chin by Kim Niles
https://www.etsy.com/shop/KiniArt
facebook.com/KiniArtStudios
KiniArt.com

7 thoughts on “A Snippet of Japanese Chin History”