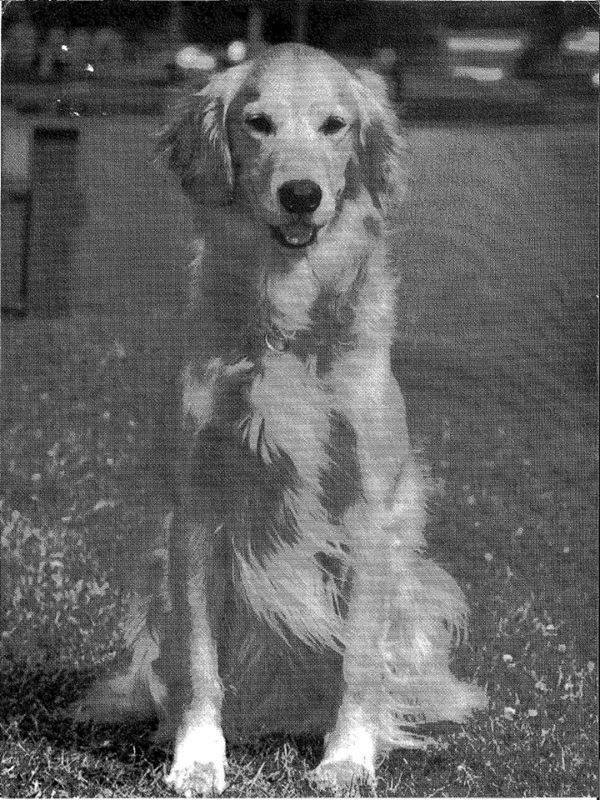 “I’m shocked that Golden Retriever earned an Obedience title,” said no one ever.

The very first Obedience Trial Champion (OTCH) title that was ever earned came in 1977 when a Golden Retriever lass named, “Moreland’s Golden Tonka,”(Tonka to her confidents),  did just that.  Tonka was the top-winning Obedience dog in the country that year. She reached the apogee of an exceptional career by being the first dog to achieve an OTCH. On the way to her championship, she had two perfect scores of 200 and nine High in Trials.

As the AKC reported at the time: “Tonka was born June 2, 1972. Starting in 1973, Klipple and Tonka became a regular feature of the obedience rings. Her first year out she was Highest Scoring Dog in the regular classes six times. In 1974, campaigned in Open and Utility, she had 91 class firsts, nine seconds, four thirds, and one fourth place, and was High in Trial a total of 34 times. In 1975, Tonka won her class 109 times and came in second 12 times, and third twice for a total of 41 High in Trial awards. In 1976, she was High in Trial 37 times. In 1977, she repeated this distinction 16 times until she achieved her Championship in July. She was shown selectively in the future after a much deserved rest.”

We value all purebred dogs, and are mindful that many accomplishments came on the shoulders of dogs that came before us. We remember Tonka, and hope you do, as well.  As for today’s OTCH dog,  we invite you to share the picture of an OTCH dog you know.

During the October 13, 2020 board meeting of the AKC, the Japanese Terrier was added to the Foundation Stock Service Program, a welcomed addition! Also known as the Nihon Teria, Nippon, Nihon, Mikado or Oyuki Terrier, this timid, cheerful and highly intelligent breed has its earliest origins in the....

While balance dictates that every part of this breed be soundly constructed, much of what a Springer does happens from the neck up. ...

Over 500 words are devoted to describing an ideal English Springer Spaniel head, and for good reason. The Springer is a working dog, and while balance dictates that every part of the dog be soundly constructed, much of what a Springer does happens from the neck up. The Springer finds, flushes and re...