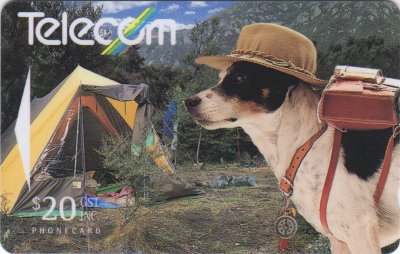 Americans aren’t the only ones charmed by clever TV commercials featuring dogs. “Spot,” a much loved Jack Russell Terrier in New Zealand whose name was a take-off for the acronym for the Services and Products of Telecom, starred in 43 different Telecom commercials made between 1991 and 1998, many of them on an epic scale that saw the dog risking life and limb. The commercial below appeared in 1991. Sadly, Spot passed away in 1999.