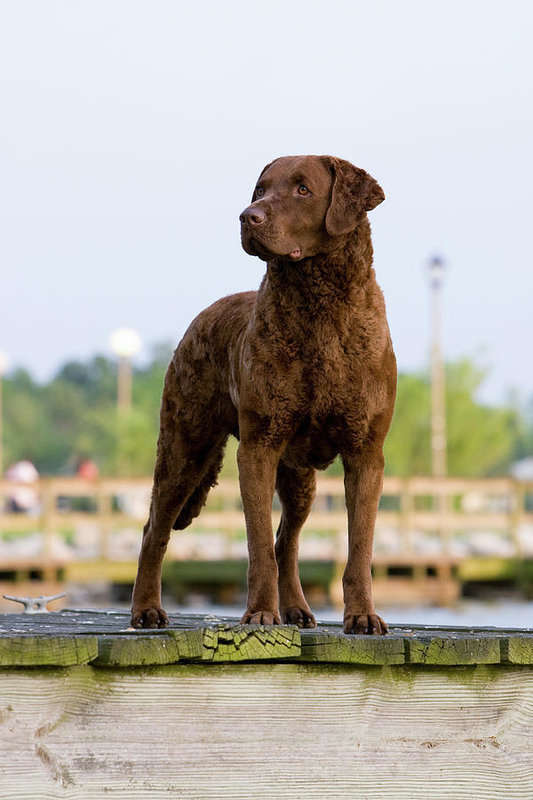 Not long ago, we gushed with enthusiasm over a documentary we’d just seen, “Chicken People.” We felt it helped people outside the dog fancy understand the sport of show dogs better, while reminding fanciers, themselves, how their sport may appear to outsiders looking in. If you haven’t seen the movie, below is a teaser:

What’s the connection to purebred dogs?

It was at a poultry show that two strains of a dog popular in the region were recognized as one breed.  The progeny of “Sailor” and “Canton,” two dogs who survived the shipwreck of a British brig off the coast of Maryland in 1807, were exhibited as the Poultry and Fancier Association Show in Baltimore where the western and eastern strains of the breed met, and they showed enough similarity to be recognized even by spectators as one breed: The Chesapeake Bay Retriever. It was at this meeting that many Chessie fanciers banded together for the first time to identify and define the distinguishing characteristics for which to strive in a breeding program.

Before this meeting in 1877,  the dogs went by a variety of names including the Brown Winchester, the Otter Dog,  the Newfoundland Duck Dog, and the Red Chester Ducking Dog.  One year after the Poultry and Fancier Association Show, the first Chesapeake Bay Ducking Dog was officially registered by the AKC.

This lovely image of a Chesapeake Bay Retriever by Miguel Betancourt is available in many formats, including print, poster, pouch, shower curtain and more here.