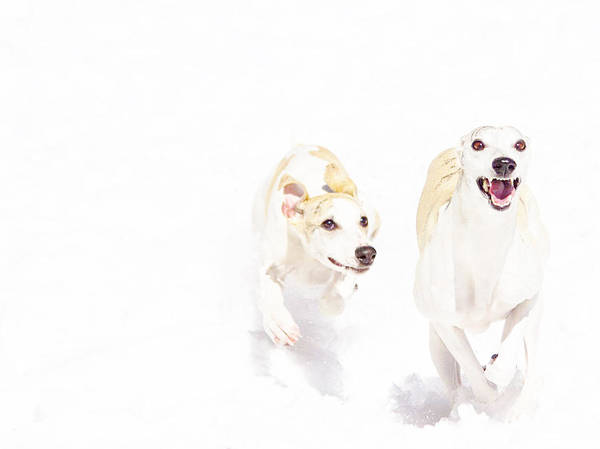 Mistaken for a “miniature Greyhound” by the less informed, the Whippet is not only its own breed, but an old one. History reveals through artwork that dogs looking exactly like Whippets have been around for thousands of years. Certainly the dogs were known in the Middle Ages and Renaissance, though they weren’t called “Whippets” until the mid 19th century around the time the modern notion of purebred dogs and recorded pedigrees came to be.

Poor and working class people living in the era of the Industrial Revolution couldn’t afford to keep Greyhounds, but they could manage a Whippet, and thus the breed became known as “the poor man’s greyhound.” Entertaining working class factory workers who gambled on the dogs they raced in “rag races,” Whippets also supplemented their pitiful salary by providing rabbit for the stewpot, and this led to another moniker for the breed: the “coursing terrier.”

In those times, it was believed that a good Whippet (and by that we mean a good “rabbiting” Whippet) needed to have some terrier blood to give the breed more toughness and gameness, if not feistiness. There is dispute over which terriers were added. Some say the Bedlington Terrier was used, and this makes sense in that the breed was easily found in Northern England, but others disagree. We’ll probably never know for certain, but it offers some explanation of why rough coats were sometimes found in Whippets well into the twentieth century, and why one will find reference to a “coursing terrier,” in older dog encyclopedias.

Image: “Winter Whippet” by Danielle and Peter Jacobsen is available as fine art, stationary and a phone case here