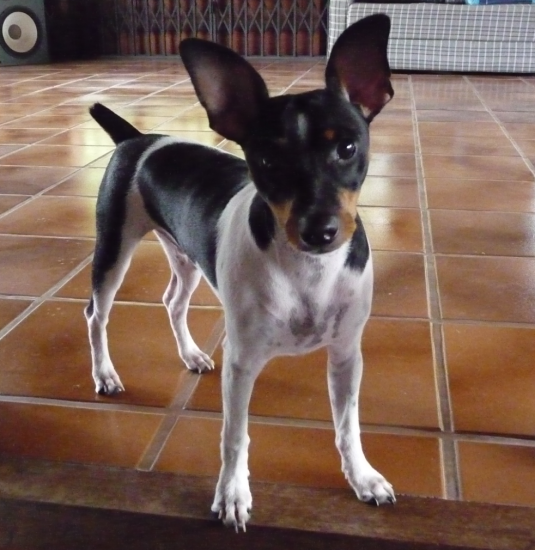 At the time of its creation in Brazil,  pack hunting with dogs wasn’t a “thing” in the country because there were no pack dogs in the country, and not especially small ones.

The Brazilian Terrier changed that. Though not traditional pack hunters, these utterly fearless dogs are very capable trailing dogs in a pack and Brazilian hunters were to quick to pick up on this. Interestingly, two different hunting strategies emerged from these dogs, and it comes down to how many dogs are used in one hunt. When hunting alone or with another dog, the Brazilian Terrier goes in for a quick kill with efficiency: A bite or grasp at the neck and vigorous shaking dispatches the prey more humanely than one might think. In a pack, Brazilian Terriers encircle their prey, each dog landing a bite to prevent escape.  Brazilian Terriers are so effective and tenacious that they have been used to hunt larger prey as the wolf.

Beloved in Brazil, the breed isn’t well known beyond the country despite having been registered in 1973, but in that country, the breed also known as the Fox Paulistinha is nicknamed “The Dog of the People.”

Image: “File:Brazilian Terrier” by Juliana Lopes is licensed and shared under CC BY 2.0

One thought on ““The Dog of the People””