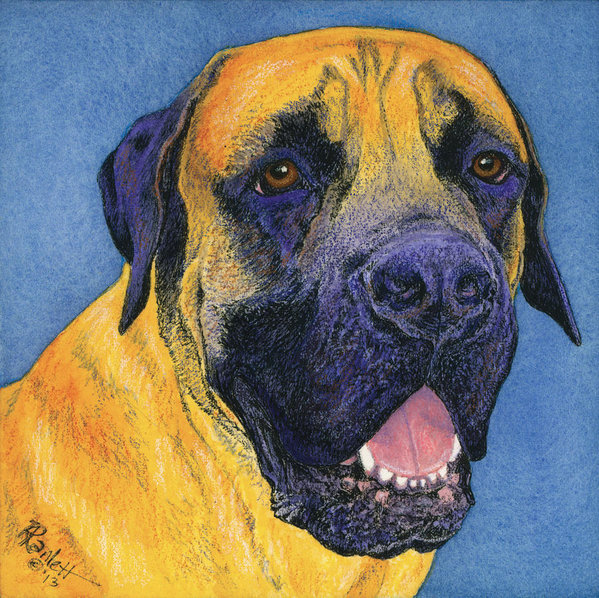 Who doesn’t love a good yarn about a dog? We’re tempted to say that most are unbelievable, though given the “wicked smarts” of some of our breeds, maybe some are tilt towards the truth. True or not, one favorite story that appeared many, many years ago in the London Spectator told of an old Mastiff that apparently wanted a fresh egg to eat. As the story goes, the dog caught a hen from the barn yard and carried her to his kennel where he kept her prisoner until she laid the coveted egg, after which time they were inseparable friends.

Unbelievable? Probably. So were parts of the movie, “Sandlot,” in which a pivotal character, “Hercules” (aka “The Beast”) was an English Mastiff. Some of the scenes in which the dog appeared, in fact, were actually of puppets designed and built by Rick Lazarini, puppets that took two people to operate. One of them was a completely articulated, “Giant, The Beast Head,” while the other was a full over-sized “Giant, The Beast Puppet Suit” operated by two puppeteers inside the suit (you can see behind-the-scenes photos of the puppets here).

Image: Brutus #2 by Ann Ranlett is available as a print, home decor, and more here.