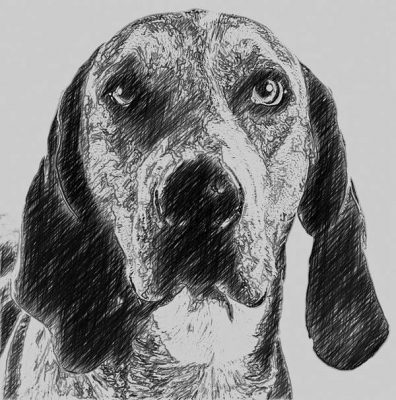 Americans weren’t having it.

Historically, hunting with dogs in Europe was the purview of royalty, nobility, aristocracy, and the upper classes, and the law in most countries saw to it that this was never breached.

American principles, however, placed people on equal footing, and hunters were of all social classes.

One of the biggest sports in the south and midwest came to be raccoon hunting, and a good hunting dog was not only prized, but valuable. One way to increase the value of a hound was word of mouth, of course, but in the 19th century “coondog” trials were a way to test the mettle and skill of a hound – and in a roundabout way, increase the worth of a dog should it do well.

Initially, they were local gatherings, but it didn’t take long for the casual meets to evolve into more organized affairs at a regional, statewide, and even national event.  While fanciers were taking their dogs into a show ring to be evaluated on their conformation,  coondog trials judged a dog on the speed and manner with which various aspects of a hunt were performed, along with how many animals the dog was able to track down and capture.

If a good dog was able to increase its value based on a successful performance at a trial, so, too, was its owner able to line his pockets as a result. These trials came to involve serious prize money, to say nothing of bragging rights. High quality dogs encouraged breeders to keep their lines pure and their dogs fit.