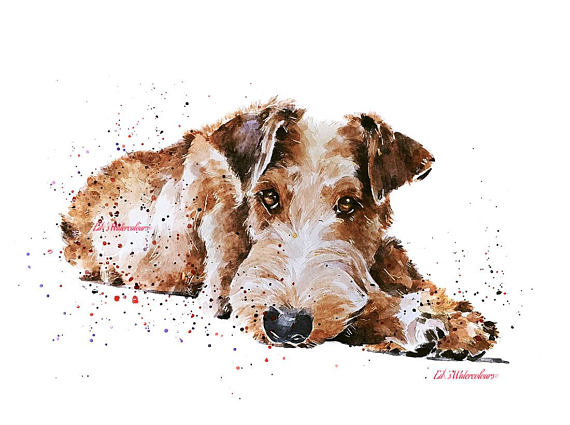 Writers, for better and for worse, can influence perceptions of a breed; in the case of the Irish Terrier, one English writer noted that the beed richly deserved its reputation, “Daredevil,” for its grit and initiative. This was the same writer who said that Ireland had always famous for “its women, its horses, and its dogs.”  William Graham would go on to remark that there was no need for Noah to take a pair of Irish Terrier on board his ark because the dogs could “swim alongside so well.”

For all the words spent on the breed, a it can take the actions of one dog to cement a breed’s reputation. In 1854, an estimated thirty gold miners – many of them Irish – died during the Eureka Rebellion in Australia. One of them was “Wee Jock’s” owner. The Irish Terrier guarded his body fiercely in the hours following his master’s death, and maintained his vigil as the body was moved to a cemetery. Witnesses described him howling “like a banshee” all the while. His loyalty and bravery was remembered 143 years later when the Royal Society for the Prevention of Cruelty to Animals (RSPCA) awarded him its highest honor, the Purple Cross. A bronze statue now stands at the site of the conflict.

2 thoughts on “The Irish Terrier’s “Rep””