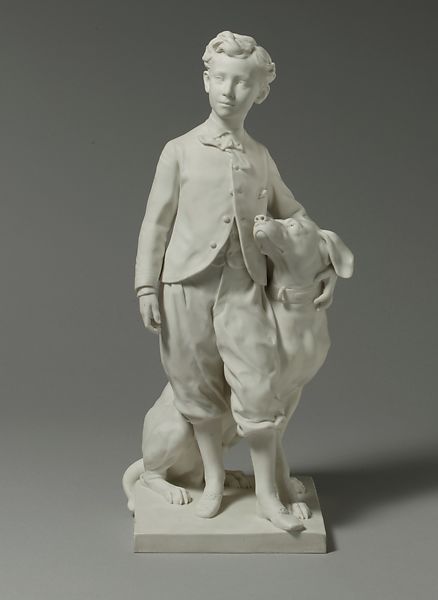 The first national kennel club in the world was the United Kingdom’s Kennel Club which, of course, also makes it the oldest. Registering dogs, however, didn’t start until fourteen years after the first dog show.

Many American dog fanciers can instantly name the first breed registered by the AKC, if only because they’d seen a portrait of the dog hanging in the library of the American Kennel Club in New York,  a black, white and tan male English Setter born in 1875 named Adonis.

Could they name, however, the first breed registered with the Kennel Club?

We think they might be surprised to learn that it was a Bloodhound. Whelped in 1865 and owned by Prince Louis Napoleon, the name of the dog imported from France was “Abeille” which translates to “Bumble Bee” (as an aside, the first champion Bloodhound in the UK was “Druid” born in 1857, and you can read more about that dog here.

It’s a sad fall from first breed registered to vulnerable status, but that is what has happened to the noble Bloodhound in the UK.

A native breed is classified as “vulnerable” when it produces less than 300 new puppies every year as registered by the UK Kennel Club.  In 2003, the Kennel Club conducted extensive research as to the birth rate and numbers of dogs of each breed recognized in the UK at the time, and the club now compiles an annual list of vulnerable breeds. In 2011, the number of newborn Bloodhound puppies registered dropped to just 59 individual dogs, a pattern of decline charted since 2002 when the first vulnerable native breed records began to be collated. It gets worse. In the second quarter of 2019, only 21 Bloodhound pups were registered (you can see the 2018/2019 Quarterly Hound Breed Statistics for the Kennel Club here, and for the other groups here).

While we haven’t gotten breed statistics from the AKC for many years, we believe the Bloodhound is in better standing here, but it is alarming when a breed falls in popularity in its native country. 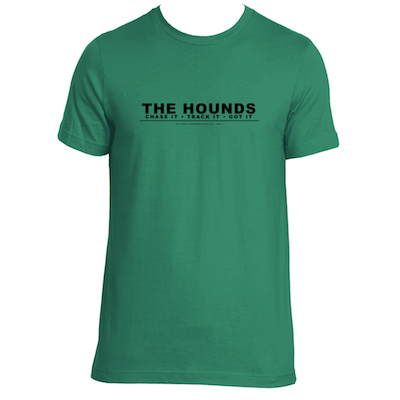 Show your support of your hound with NPDD’s  super soft t-shirt that reads: “The Hounds: Chase it • Track It • Got It.” Six colors, black or white print,  get yours here!

Image: “The Prince Imperial and His Dog” by Jean-Baptiste Carpeaux, 1865. The dog, breed unknown, named “Néro,” was a gift from the Russian ambassador.